Sean Duffy: Things Could Go South in Georgia If... 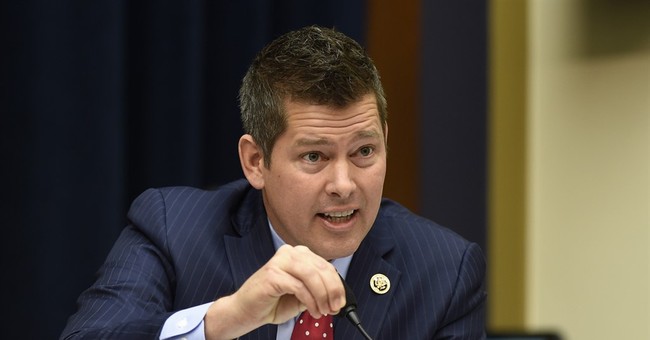 Former Congressman Sean Duffy (R-W) on Friday warned about the possibility of President Donald Trump's appearance in Georgia backfiring. According to the former congressman, Trump's appearance before Tuesday's runoff election could be detrimental to the outcome, especially if he "goes off script" and focuses on alleged voter fraud, The Daily Caller reported.

“I think with President Trump coming out on Monday night to rally the troops, if he sticks on Georgia and how important this race is, I think it’s gonna work,” Duffy said during a segment on Fox News Channel's "Outnumbered." “However, if the president goes off script and starts complaining about election results and cheating, that’s going to be a problem for that energized base that Republicans need to win the race on Tuesday.”

The control of the United States Senate will be determined by Sens. Kelly Loeffler and David Perdue's runoff elections on Tuesday. Republicans are doing their best to say closely aligned with President Trump and the base without alienating voters across the board by focusing on alleged voter fraud.

As it currently stands, various Republicans in the House and Sen. Josh Hawley (R-MO) have said they plan to challenge the results of the presidential election on Jan. 6 when Congress is set to certify the election results.

Rep. Mo Brooks (R-AL), one of the leaders of the fight, said he plans to challenge votes in at least six of the battleground states. He is also hoping to get 72 lawmakers – between both chambers – to make five minute speeches, something he dubs "a significant task."

Brooks believes Trump's path to victory is no longer in the courts but rather in the House of Representatives. As the House moves to certify the election results, they must go state-by-state. All it takes is one representative and one senator to object to that state's results. The congressman says those states that are called into question should be thrown out. If that happens in enough battleground states then neither Trump nor Biden would hit the 270 electoral votes to win the Electoral College. That would mean the House would pick the president.

“The Constitution says that in the election of the president by the House, you vote by state delegation. So, the fight, the legal fight, will be whether the same standard applies to this part of the election of the president. So, I'm sure the Democrats will argue that it's the majority of 435 that make the determination," Brooks explained. "The Republicans would be wise to argue that there are 50 votes won by each state, and that makes the determination. Now, what will happen? I don't know,” Brooks said.