Have Americans Changed Their Minds About the COVID Vaccine Now That It's Here? 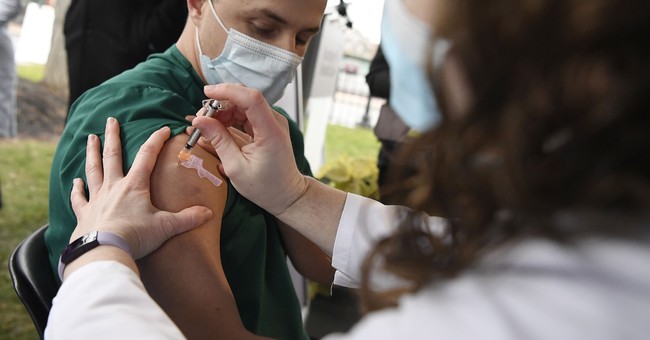 For months, Americans have looked to a vaccine for the Wuhan coronavirus as a way to get the pandemic to come to an end. Now that the FDA approved Pfizer and Moderna's vaccines with an Emergency Use Authorization (EUA) and the vaccines are being distributed, just how many Americans are willing to get the COVID vaccine?

A new poll with Scott Rasmussen and Just the News found that the majority of Americans – 65 percent – are holding off on obtaining the vaccine, while some won't take it all. On the other hand, a little less than a third of those polled – 31 percent – want to receive the vaccine "as soon as possible." Four percent, however, said they are still undecided.

Interestingly enough, an ABC News and Ipsos poll earlier this month found that 39 percent of Americans believe that states should make the Wuhan coronavirus mandatory. Respondents in that poll also said they're open to receiving the vaccine at some point, but they're more likely to hold off. According to the ABC poll, 40 percent will get the vaccine as soon as they're able to. That number rose to 57 percent amongst those who are over the age of 65. On the other hand, 40 percent say they will wait a while to take the vaccine. That number rose to 52 percent among minorities.

Americans' reluctance to get the Wuhan coronavirus vaccine could be a problem for the nation. Scientists say at least 60 percent of the population – although 75 to 80 percent would be ideal – need to get the vaccine in order for the vaccine to be effective.

What this comes down to is simple: Americans have a reluctance to getting the vaccine because they have concerns about the time it took to develop and what potential side effects – both short-term and long-term – could develop. It doesn't help when a nurse passes out shortly after receiving the vaccine (even though medical officials said it was unrelated) or there's a potential for brief facial paralysis. At the end of the day every person has to decide what's best for them, their health and their family.