Geraldo Rivera Has a Bit of Advice for Trump Republicans 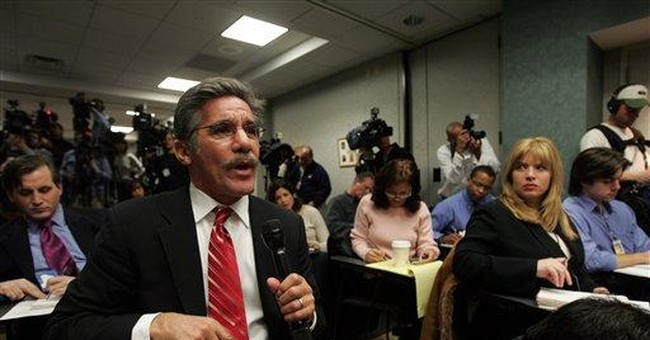 Fox News contributor Geraldo Rivera on Wednesday posted a video to Twitter urging his Trump-supporting followers to stop focusing on the results of the 2020 presidential election and instead turn their attention to the two runoff races for Senate in Georgia.

"Joe Biden won, Donald Trump lost, the Electoral College has now decided it is over. We have to now focus. if you are a Republican who cares about what direction the government will take in the Biden administration, then you must care about the Georgia Senate races," Rivera explained. "They are critical but as far as the presidential race is concerned, it is over."

Rivera stated that those who believe a "magic wand" will "save the Trump presidency" are "wrong."

"As far as the presidential race is concerned, it is over, and those people who continue to promote some fantastic legislative or judicial or constitutional, you know, magic wand that’s gonna save the Trump presidency, you are wrong," Rivera stated. "You are misleading the American people. You are tearing at the fabric of the American republic."

The Fox News contributor slammed the idea of red states seceding from the union and creating two countries based on political views.

"We're one country. We have to move on," Rivera said. "Yes, you can oppose everything that a President Biden proposes. Yes, you can root for a Trump run for the presidency in 2024 but for God's sake, know when to say enough."

According to Rivera, the "rhetoric" is "divisive" and Americans need to come together, unite and move forward.

In the words of the unforgettable Kenny Rogers, Know when to hold em, know when to fold em. pic.twitter.com/eE9reqLIWz

It's easy to tell conservatives to move on and get over the election results. Most folks would be okay with that if they felt like their concerns over voting irregularities and election fraud were being taken seriously. More than 70 million people – half the country – feel like nefarious behavior took place, particularly in key swing states. If Trump supporters are expected to "move on" and "accept" what happened, then those in power need to give voters confidence that claims and allegations of election fraud were properly investigated and found to be false.