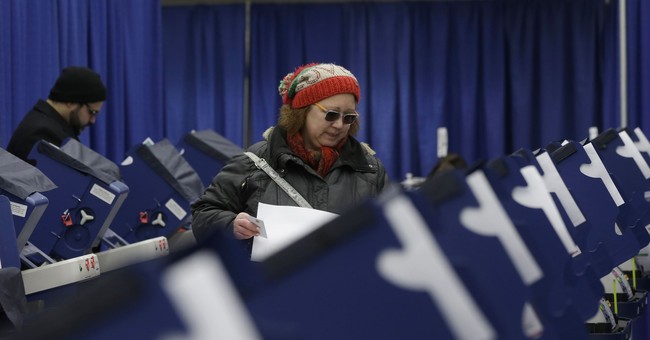 The Michigan Legislature's House and Senate oversight committees on Tuesday voted to subpoena election materials from Detroit and its suburb, Livonia.

The cities have been instructed to turn over all hard drives, communications with poll workers, absentee counting boards and any other election-related materials.

The joint committee is also interested in reviewing documentation about voting machines, including when they were purchased, what previous elections the machines were used in, and the accuracy tests that were conducted on the machines.

Detroit and Livonia were asked to turn over policies relating to the Wuhan coronavirus, including instructions given to poll workers and the rules guiding ballot challengers.

From Just the News:

A Nov. 28 order memo from the State Bureau of Elections had followed the same protocol as prior elections and ordered the deletion by November 30 of “E-Pollbook laptops and flash drives … unless a petition for recount has been filed and the recount has not been completed, a post-election audit is planned but has not yet been completed, or the deletion of the data has been stayed by an order of the court or the Secretary of State.”

Michigan Secretary of State Jocelyn Benson's (D) Director of Media Relations, Tracy Wimmer, brushed off Republicans' concerns about the memo, saying the GOP has "no interest in preserving the integrity of our elections or democracy" because the "Republican House and Senate legal counsel were provided this information days ago."

State Sen. Ruth Johnson (R), the former secretary of state, signed onto the subpoena despite signing the same deletion order in the past because of voting irregularities this election cycle.

“Election integrity should not be a partisan issue, this information needs to be preserved while there are ongoing lawsuits, audits, and Oversight committee review of the November election,” Johnson told Just the News. “Only after these activities are concluded should this information be deleted for data privacy reasons.”

Both cities have until 5 p.m. eastern time on Tuesday, Jan. 12, 2021 to produce the documents to Chairman Sen. Ed McBroom, the subpoenas state.