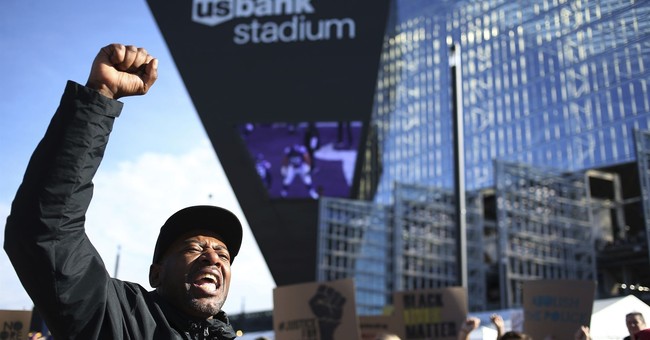 The Minnesota Police and Peace Officers Association on Friday pulled their endorsement of multiple state Democrats after John Thompson, a state house candidate out of St. Paul, was caught beating an effigy of the union president and his wife.

Last month, Thompson participated in a so-called Black Lives Matter "protest" outside of Minneapolis Police Federation President Bob Kroll’s home. He gave a rather disgusting speech to the crowd.

Thompson even went so far as beating multiple piñatas of Kroll and his wife at the end of the couple's driveway.

This is endorsed Democrat John Thompson, campaigning for State House in district 67A in St. Paul.

This newly emerged video shows him beating an effigy of the Minneapolis Police Union President and his wife in their own driveway on August 15. pic.twitter.com/oJ90WuEmww

The union's decision to pull endorsements from incumbent Democrats in the state is embedded in the party's support of Thompson.

“The endorsements that we rescinded, my issue was those candidates did not stand up to their leadership and put pressure on and ask why are we supporting a candidate who did this in Hugo,” the union's executive director, Brian Peter, told the Star-Tribune. “If this is the future of the Democratic Party, my organization is going to support elsewhere.”

Although the association has yet to share its newly-cemented endorsement list, at least two candidates took to Facebook to share the news. Republican Susan Akland is challenging Rep. Jeff Brand, the Democrat incumbent in St. Peter. Republican Bill Maresh is taking on Rep. Zack Stephenson in Coon Rapids.

The announcement comes after President Donald Trump received endorsements from a number of Democratic mayors in Minnesota as well as the National Fraternal Order of Police and the Police Benevolent Association of the City of New York.