Kamala Reveals How She Feels About the Coronavirus Vaccine 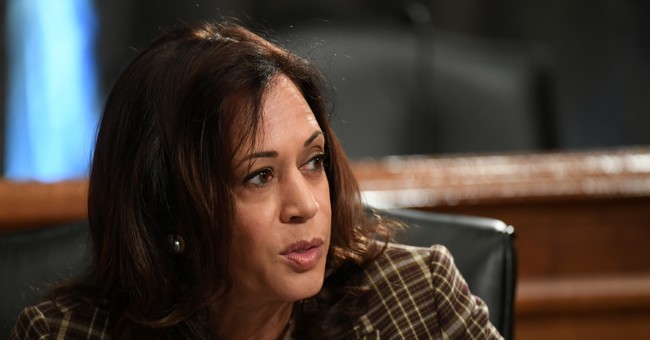 President Donald Trump and his administration have been focusing on Operation Warp Speed, a goal of delivering 300 million doses of a safe and effective vaccine for the Wuhan coronavirus. The goal is to have the vaccine available to the public by January of 2021. It has been said that the vaccine could become available as early as October. Despite the rapid development, manufacturing and testing, Sen. Kamala Harris (D-CA) refused to say whether or not she would get the vaccine.

"Do you trust that the situation we're in now that the public health experts and scientists will, on the efficacy of the vaccine?" CNN's Bash asked the senator on Saturday.

"It's past its prologue that they will not. They will be muzzled. They'll be suppressed. They'll be sidelined because [President Donald Trump] is looking at an election coming up in less than 60 days and he's grasping for whatever he can get to pretend he's been a leader on this issue when he's not," Harris explained.

"So, let's just say there's a vaccine that is approved and even distributed before the election. Would you get it?" the host asked.

"Well, I think that's going to be an issue for all of us. I will say that I would not trust Donald Trump," she said with a smile. "And it would have to be a credible source of information that talks about the efficacy and the reliability of whatever he's talking about."

"I will not take his word for it," Harris said.

Q: "Let's just say there is a vaccine that is approved and even distributed before the election. Would you get it?"

Sen. Kamala Harris: "...I would not trust Donald Trump... I would not take his word for it." pic.twitter.com/umPWqYc65h

Harris said health care officials have been muzzled on this issue, yet Dr. Anthony Fauci, the head of the National Institute of Allergy and Infectious Diseases and a member of the White House Coronavirus Task Force, said he would receive the vaccine.

"I will look at the data and I would assume -- and I'm pretty sure it's going to be the case -- that a vaccine would not be approved for the American public unless it was indeed both safe and effective," Fauci told CNN  on Thursday. "If that's the case Jim, I would not hesitate for a moment to take the vaccine myself and recommend it for my family."