Chris Murphy’s Attempt at Squashing the 2A Backfired Tremendously 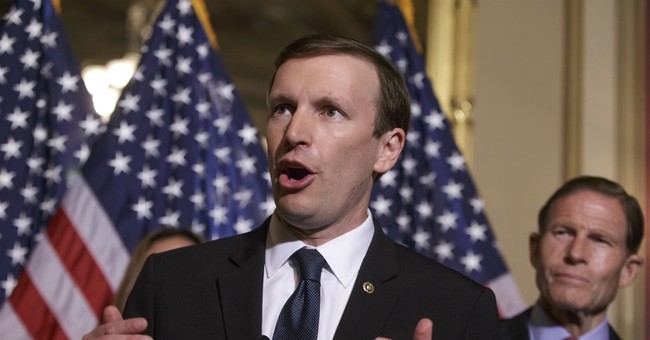 Sen Chris Murphy (D-CT) is one of the most anti-gun members of Congress. He has repeatedly gone after Americans’ desire to protect themselves and their loved ones with a firearm. It’s no surprise, however, that his argument against gun ownership backfired on Tuesday when he spoke about this new book on MSNBC. He ended up proving precisely why Americans need to bear arms, especially with the riots that are plaguing our nation.

“This book is not a memoir. It’s really a story about how we got to this moment. It’s called ‘The Violence Inside Us’ because the conclusion that I come to is that America is a violent place. We’ve always been a violent place,” he explained. “We’ve been bathed in violence since the time the American settlers exterminated American tribes.”

The senator said Americans have “chosen to pour kerosine on a smoldering fire by allowing these very dangerous weapons to flow throughout the nation.”

According to Murphy, these firearms are “creating more opportunities for ordinary arguments to turn into deadly moments.”

It's absolutely amazing that Murphy is going to try to say that America would be safer without firearms. Look at the looting and rioting that's taken place across the country – Portland, Seattle, Atlanta, Minneapolis, Kenosha. All of those places are war zones because so-called "peaceful" Democrats and their mob are setting the cities ablaze. They're demolishing small businesses, neighborhoods and people's livelihoods.

In his attempt to argue Americans should cease to own firearms, he actually made the argument about why Americans should utilize their Second Amendment rights. He explained precisely what gun owners have said all along: there may come a time when you need to defend yourself and your loved ones. It's better to have it and not need it than to need it and not have it.

Small towns like Kenosha never planned on being the epicenter for a riot or national attention. These people were living their lives, supporting their families and the next thing they know people from out-of-state are showing up to destroy where they work, live and raise their family.