President Trump: Here's What I Want My Supporters to Do When They Encounter Rioters 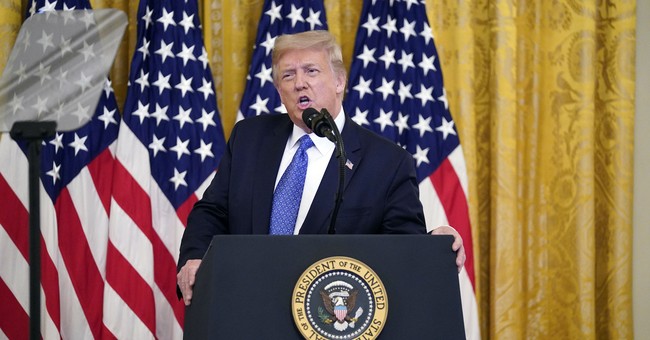 One of the issues that came up during President Donald Trump's interview with Fox News' Laura Ingraham on Monday was riots that are taking place across the country. The president made clear he wants law enforcement officials to handle the violent rioters, not his supporters.

"Do you want your supporters to confront the left-wing protestors?" Ingraham asked.

"No," the president interjected.

"Or do you want to leave it to law enforcement?" she asked.

"No. No, I don't want them – I want them to leave it to law enforcement," Trump replied. "But, my supporters are wonderful, hardworking, tremendous people and they turn on their televisions and they look at a Portland and they look at a Kenosha – before I got involved and stopped it – or they look at Chicago where 78 people were shot last weekend. Numerous people died. Or they look at New York where violence is up by what, like 150 percent? It's up by a number nobody – and they're leaving. They're looking at all of this and they can't believe it. They can't believe it. My supporter or not."

The president went on to say that Democrats have lost control of the radical wing of their party.

"The Democrats have lost control of the radical left. And if you look at Bernie – and I call it the manifesto that was agreed to with Biden and this group – that's further left than Bernie ever was," he explained. "They won't be able to control these people. These people have lost, they have lost control."

President @realDonaldTrump: “The Democrats have lost control of the Radical Left" in their party pic.twitter.com/jmx60CKU0A