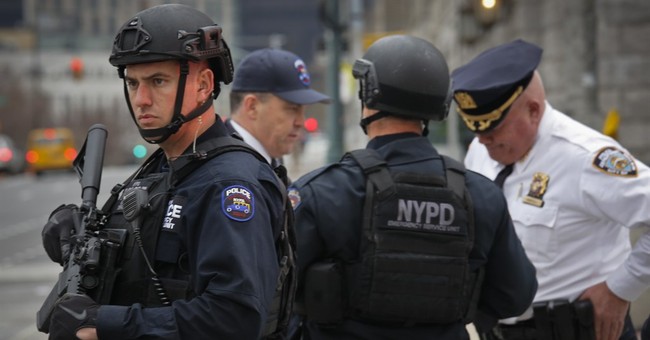 How the public views law enforcement has drastically changed since the death of George Floyd, an unarmed black man who was killed when a white Minneapolis police officer held his knee on Floyd's neck for almost nine minutes. Protests and riots have sparked across the country since the end of May. The American public's attitude towards men and women in uniform has been terrible. It's part of the reason police departments, like the New York Police Department, have seen a massive uptick in retirements.

"There’s just droves and droves of people retiring. But there’s no surprise here, who the hell wants to stay on this job?” one officer told the New York Post. “Why would you want to stay on this job when people don’t appreciate what you do?”

Between May 25th (the day George Floyd died) and July 3rd, 503 officers filed retirement paperwork. Two of the main reasons that officers cited for their retirement: a lack of respect from the community and overtime pay no longer being available.

The number of retirement applications that can be processed is limited. Those who typically process these applications have also had their overtime pay limited, meaning there's a backlog.

“Apparently, the pension section is only taking a certain amount of people per day and I think they are backed up ’til late July, early August,” one cop told the Post. “That’s why you don’t see like 100 a day, because they are only doing like 35 to 40 a day, by appointment."

A spokeswoman for the department confirmed the uptick, calling it "a troubling trend" the NYPD is "closely monitoring."

Applications for officers retiring in the next 30 days aren't being turned away. Those who want to retire after that timeframe are being told to come back at a later date because of the backlog.

It's no surprise that this is happening. The city recently cut $1 billion in funding for the department. Officers received a hefty bit of overtime over the last few months because of the George Floyd protests. That will boost some cop's pensions, making them eligible for retirement.

The biggest reason for the retirements, however, is that cops feel abandoned.

“Overtime plays a part, it happened in 2008 and 2009 and after 9/11, but this is not about overtime now,” Lieutenants Benevolent Association President Lou Turco explained. “They feel abandoned by the silent majority and they are leaving. They don’t feel appreciated.”

The department is expected to see another wave of retirement applications in September when another class of officers hit their 20 year anniversary. Having 20 years of service is the minimum requirement for pension vestment.