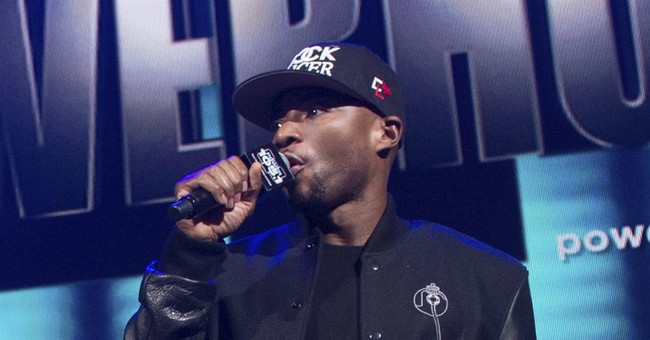 Charlamagne tha God on Sunday said it wasn't enough for former Vice President Joe Biden to apologize for saying someone "ain't black" if they decide to vote for President Trump. Instead, the radio host said he wants to see a "black agenda" implemented, especially after the former vice president supported a number of bills that harmed the African American community.

"Do you think there's a risk, not just Joe Biden but the Democratic Party in general, takes for granted, 'Well the black people are with us so we don't really have to give them anything else. They're going to vote for us regardless. Look, they voted for Joe Biden in overwhelming numbers – six in 10 black voters, particularly in southern states – all voted for Joe Biden. We don't need to offer anything more.' Do you worry that is the attitude that Democrats are taking towards the black community?" MSNBC's Joy Reid asked Charlamagne that God.

"I know that's the attitude. That's why I don't even care about their words and their lip service and the apology is cool but the best apology is actually a black agenda," he explained. "They gotta make some real policy commitments to black people."

"That's no accident," he said. "The whole function of systemic racism is to marginalize black people."

The radio host cited white people's attitude – out of sight, out of mind – as one of the main reasons the problem exists.

"When you have black people that have the nerve, that have the audacity to unmitigate a guard and act like citizens and demand something for our vote, it's a problem?" he asked. "You got whites telling us to stay in our place and you got black people saying, 'Oh, stop! Now is not the time. You're going to get Trump re-elected.'"