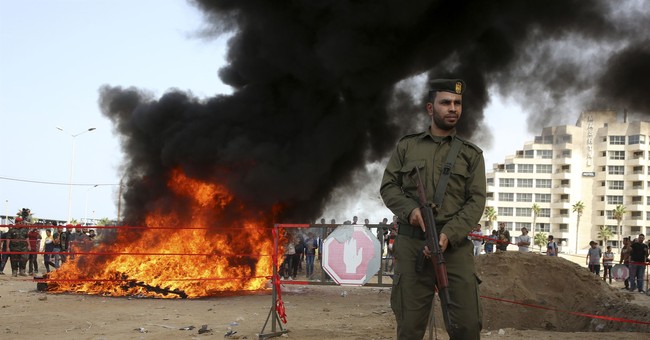 Yahya Sinwar, the leader of the terror organization known as Hamas, threatened to kill six million Israelis if Palestinians aren't given more ventilators for their Wuhan coronavirus patients, the Times of Israel reported.

“If ventilators are not brought into [Gaza], we’ll take them by force from Israel and stop the breathing of 6 million Israelis,” Sinwar said.

The number of cases in the area is relatively small but the World Health Organization says 80 to 90 percent of ventilators in the Gaza Strip and the West Bank are already being utilized.

"They are being used by people who have suffered heart attacks, strokes and other incidents requiring critical care," said Grald Rockenschaub, head of WHO’s mission to Palestine.

Sinwar said he knew equipment and supplies were going to be an issue down the road, The Sun reported.

"When we decided to establish compulsory quarantine facilities for people returning to Gaza, we knew that it would be a difficult decision that would cause a lot of criticism against us," he said. “It’s our first line of defense. We can’t allow the epidemic into Gaza.”

Two million people live in the area. One of Hamas' fears is that the Wuhan coronavirus will run rampant. Although the terrorist organization claims to have things under control, they still demand medical supplies.

Hamas has opened up 18 quarantine areas in various clinics and hospitals in preparation for a major outbreak.

Israel refuses to provide Gaza with ventilators until the bodies of Oron Shaul and Hadar Goldin, two soldiers killed in 2014, are returned. And Hamas is refusing to provide their bodies until the ventilators are handed over.