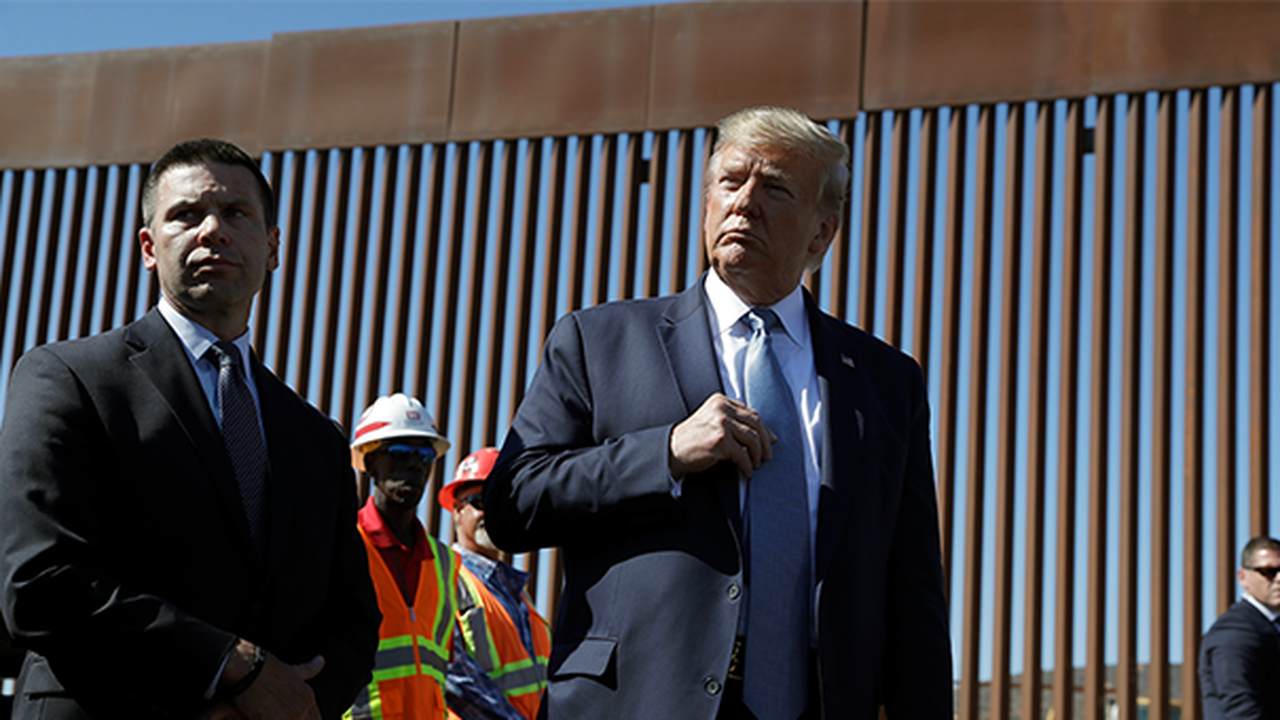 The Department of Homeland Security on Friday celebrated the completion of 100 miles of the border wall along the United States-Mexico border.

“Today, as a milestone has been reached, a celebration is in order. Today I am proud to report that the Trump administration has now constructed 100 miles of new border wall system on the southern border,” Acting DHS Secretary Chad Wolf said during a speech at the ceremony in Yuma, Arizona. “This is a milestone achievement for the president, the department, and more importantly for our country -- including communities like Yuma."

The Trump administration has vowed to build 450 miles of the border wall by the end of the year. Wolf told reporters he believes the goal is achievable despite congressional and legal challenges, Fox News reported.

Those who have criticized the progress say it shouldn't take so long because the existing border wall is simply being replaced. Wolf said that's not the case, that the 100 miles that have been constructed are new border wall, not replacements.

“One thing I want to emphasize: Every inch of the 100 miles that we have constructed is new border wall system. It’s not so-called ‘replacement’ wall as some our critics claim,” Wolf said.

The ceremony taking place in Yuma is significant because the city's mayor, Douglas Nicholls, declared a state of emergency last April over "catch-and-release."

President Donald Trump on Thursday tweeted about the Fifth Circuit Court of Appeals removing the injunction that previously blocked the administration from using $3.6 billion in military funds to build the wall.

Breaking News: The Fifth Circuit Court of Appeals just reversed a lower court decision & gave us the go ahead to build one of the largest sections of the desperately needed Southern Border Wall, Four Billion Dollars. Entire Wall is under construction or getting ready to start!