Buttigieg Believes Trump Made the Right Decision to Kill Soleimani But He Won't Give Credit... Yet 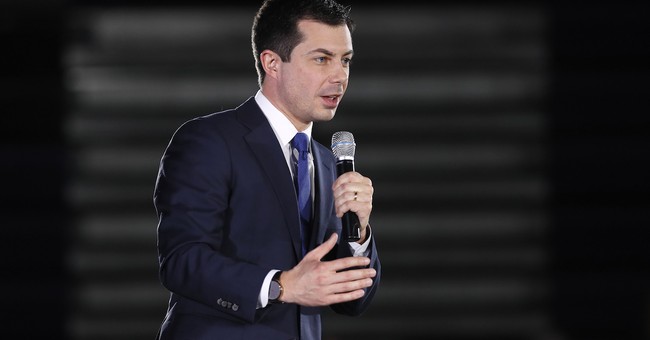 South Bend, Indiana Mayor Pete Buttigieg (D), an Afghanistan veteran, told CNN's Jake Tapper that he believes President Donald Trump made the right decision in ordering an airstrike to take out Qasem Soleimani, but he's not ready to give the president credit.

"After the strike you called Qasem Soleimani, the Iranian general who was killed, you called him a threat to the safety and security of the United States," Tapper said. "So are you saying that President Trump deserves some credit for the strike?"

"No, not until we know whether this was a good decision and how this decision was made and the president has failed to demonstrate that," Buttigieg said. "The Secretary of State just now, when asked whether this strike prevented directly an attack, he did not prove, did not demonstrate, he did not even claim that the answer was 'Yes.'"

Buttigieg went on to say Soleimani "was a bad figure" and he "has American blood on his hands," which is why "none of us should shed a tear for his death."

"But just because he deserved it doesn't mean it was the right strategic move," the 2020 Democratic presidential candidate said. Specifically, he wants to know if Trump thought through the consequences of the action and whether or not there was an alternative possibility.

Tapper reminded Buttigieg of one important tidbit: the Chairman of the Joint Chiefs Mark Milley said there was intelligence that showed Soleimani planned to attack Americans sometime in the near future.

Specifically, Buttigieg said he wants to know why Congress wasn't consulted and which allies were consulted before the strike took place.

It's rather amazing that someone like Buttigieg – who has military experience – wants the White House to reveal their entire foreign policy strategy to the world just to appease President Trump's critics. Did it ever occur to him that some of his questions are a matter of national security? Seems like a no brainer.

This morning, I joined @CNNSOTU to address the events unfolding in the Middle East.

As I told @JakeTapper, this is not a show. This is not a game. American lives are at stake and this president owes us answers. pic.twitter.com/uF5Ajl11XR