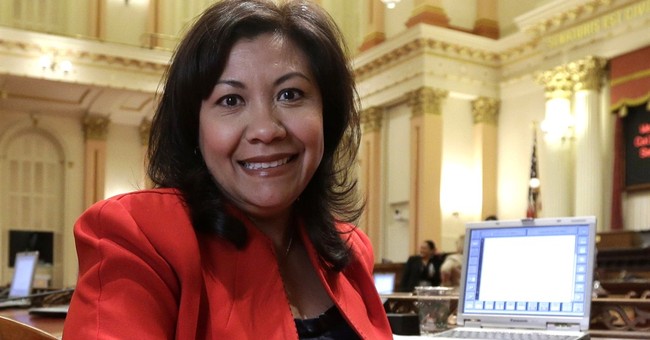 “I wonder how concerned you are that Putin was able to influence not just through sort of Russian meddling and trying to persuade voters or Americans, but actually to influence the president in a way that has him picking what Putin’s saying over his own intel community?” Kellar asked.

“I think after the 2016 elections, the gloves were really off when it came to Vladimir Putin’s influence with President Trump and the GOP because let’s not forget, the GOP continues to parrot, not only on the floor, but also going onto Fox News, all of the things, the lies that Putin continues to spread, blaming and deflecting everyone else on his interference in our U.S. Elections.”

"Why do you think that Trump was such an easy target for Putin here?" Kellar asked.

“I am afraid that Vladimir Putin may have something on the president and it is the reason why the president has continued to play the handmaid to Vladimir Putin, inviting him to the White House and opening the doors and not having any advisers present, taking the notes from the interpreter and continuing to talk to him and continuing to parrot everything that he tells him,” Torres explained. “Russia is no friend of the U.S. They have never been a friend to us. They continue to compromise us internationally. They continue to attack our friends and our allies overseas. So, we have to be very careful, and we have to keep a close eye on how this continues to evolve.”

Kellar pressed Torres on the issue.

"So you said you think that Putin may have something, meaning compromising information – Kompromat as it's said in Russia – on President Trump," Kellar said. "Do you have proof of that? Is there something specific you're thinking of when you say that?"

Torres failed to cite a specific example but said "there's no other reason President Trump continues to capitulate to what Putin is telling him. He doesn't do that with anyone else." She said the president fails to listen to his advisers and the intelligence community about the threat Russia poses to the United States' national security.

Kellar asked the Congresswoman if this is less about Putin having dirt on Trump and more about meddling "delegitimizing" Trump's election in 2016.

“No, I think it was – we are beyond 2016’s election. I was present on January 20th to see President Trump take the oath of office. And I was there because I believe in the rule of law, because I believe in a peaceful transfer of power. So we are beyond 2016," she explained. "The fact that this President of the United States continues to depend on Russia to win the next election that he has coming, asking not only Russia, but asking Ukraine and China openly on TV to investigate his political opponents who could be challenging him, and who absolutely have an opportunity to win in this next election, I think is unconscionable. We have to work toward securing our elections, and not only has President Trump blocked us from securing our elections, Republicans in Congress have also done that.”

Was Torres not made aware of the fact that Special Counsel Robert Mueller found that the Trump campaign did not collude with Russia during the 2016 election? Yes, Russia meddled in our elections, but so did Ukraine.

Did Torres somehow forget that the Trump administration has actually taken a strong stance against Russia by providing lethal military aid to Ukraine solely to fight Russia? Kind of hard to let that slip your mind considering the entire partisan impeachment saga is about this very aid.

Democrat Rep. Norma Torres of California, who is on the House Foreign Affairs Committee, promotes a conspiracy theory on CNN that Putin has blackmail on President Donald Trump. pic.twitter.com/oghB1NNYJY