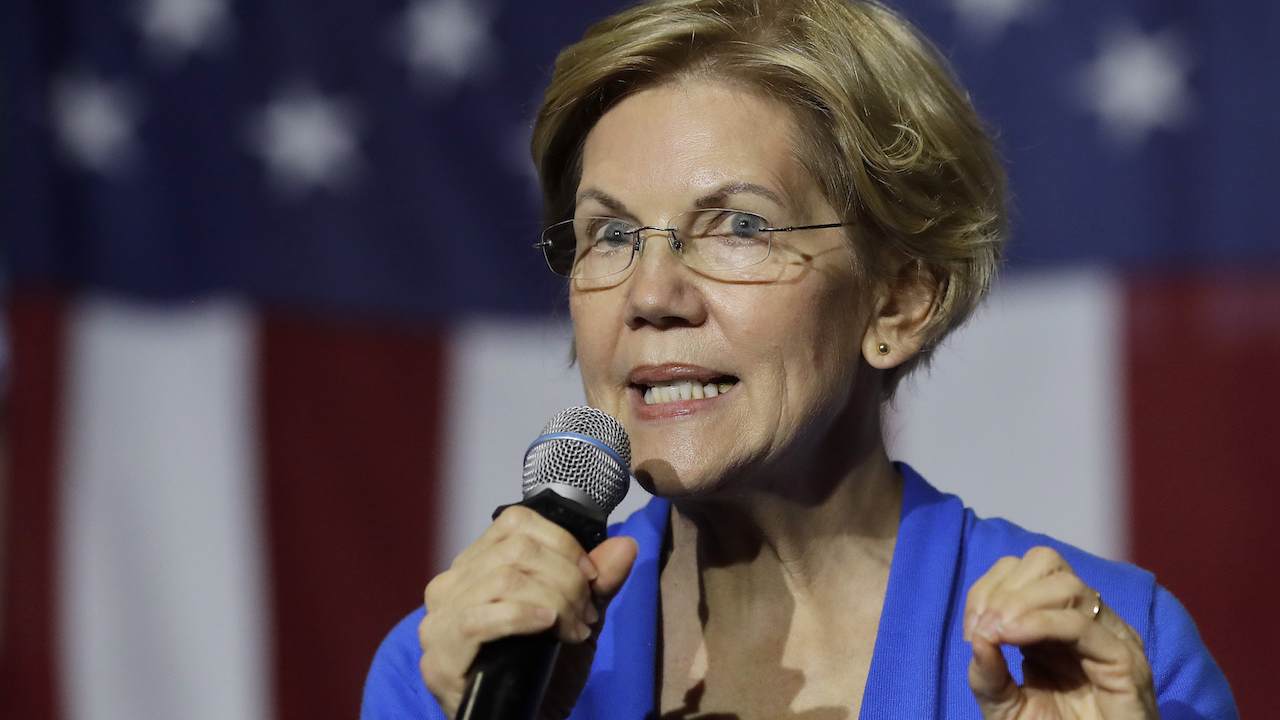 When Sen. Kamala Harris (D-CA) announced on Tuesday that she was folding up her 2020 presidential campaign, it didn't come as a surprise. After all, her team recently suffered layoffs, massive debts and one of her lead staffers' resignation letter detailed the issues of her campaign.

Naturally, everyone on the Left assumed that Harris's failure had to do with her race or her gender. It couldn't possibly be the fact that once you dive deeper into her "progressive prosecutor" image, she's really anything but. She checks off the typical leftist boxes. She's a woman. Check. She's an African American. Check. If you don't like her policies, you're not only racist, but you're also sexist. See how that works?

Sen. Elizabeth Warren (D-MA), however, has a different take on the situation. In her eyes, both Harris and Sen. Kirsten Gillibrand (D-NY) dropped out of the 2020 race because billionaires Tom Steyer and Michael Bloomberg jumped into the campaign.

Warren made the claim in a Tuesday email to supporters:

Warren's concept is interesting, but there's just one problem: Harris's campaign was bellying up before Steyer threw his hat into the ring. He entered the race on August 9, 2019. She was trying to "reboot" her campaign back in mid-May.

Michael Bloomberg entered the race on November 24, 2019. Harris was already sending out pathetic "I really need money NOW" types of emails to supporters on November 23, 2019. And just within the last week or so, he surged in polling.

Gillibrand ended her campaign on August 28, 2019. Again, Bloomberg wasn't in the picture, and the New York senator wasn't gaining any traction.

Do these billionaires have lots of money to spend on their campaigns? Absolutely. Is it fair to blame them as the sole reason that these women's campaigns blew up? Absolutely not.

But hey, Democrats will do anything to earn a buck, including blatantly lie.