Clapper: We Should Be Worried Because al-Baghdadi's Death Could 'Galvanize' ISIS 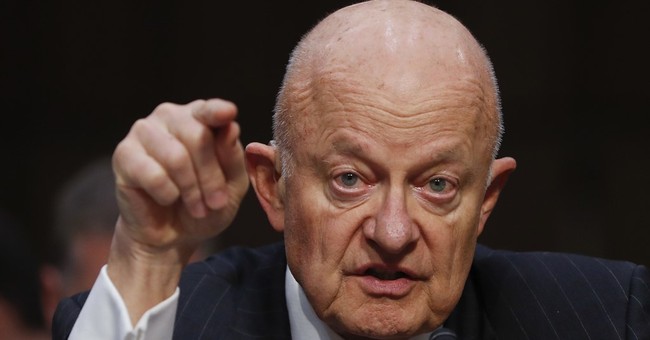 Before President Donald Trump's press conference on Sunday confirming the death of ISIS leader Abu Bakr al-Baghdadi, former National Intelligence Director James Clapper appeared on CNN's "State of the Union" to discuss what he was hoping to hear the president say.

One of the biggest things Clapper was interested in was seeing "the contributions the intelligence community made" that led to al-Baghdadi's death.

He admitted "taking down" al-Baghdadi has "huge symbolic meaning," especially because he has been a target for quite some time.

But Clapper warned the move could "galvanize" the Islamic State.

"What is going to be interesting is to the extent to which this negatively affects ISIS or does it galvanize ISIS, the remnants of ISIS, which still survives as an ideology and has franchises in other places besides Syria," he explained.

"With the death of Abu Bakr al-Baghdadi, you expressed some concern that this may galvanize ISIS. Do you think it's important, as Chairman Rodgers just suggested, to keep up the tempo, for U.S. forces to stay in the region to make sure that this doesn't become a remember the main kind of call for these terrorists?" host Jake Tapper asked.

“Absolutely. I think Chairman Rodgers is exactly right. ISIS is more than just Baghdadi, as important as he was. Somewhere in the neighborhood of 14,000 to 18,000 fighters yet remaining and, of course, the franchises are branches in other places, notably, Afghanistan where, of course, we still have forces," Clapper said. "ISIS did anticipate  losing leadership and so they decentralized and groomed people to assume the role. Now I don’t know that they have anybody that would have the symbolic importance of Baghdadi, but I don’t think we can say at this point that we can stop worrying about ISIS.”