President Trump Says Democrats' Impeachment Move Is A 'Positive For Me' 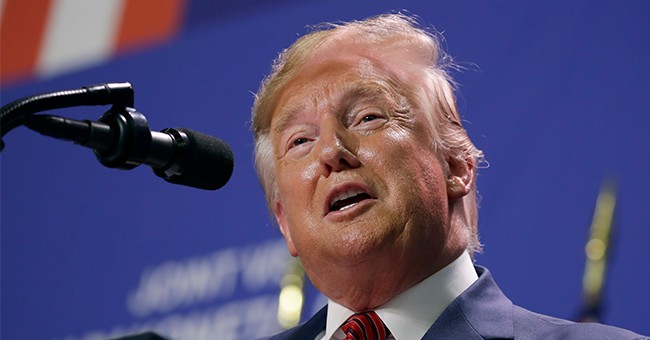 During a meeting with Iraqi President Barham Salih at the United Nations General Assembly, President Donald Trump told reporters that Democrats' bringing forth impeachment proceedings would be a good thing for him, the Daily Caller reported.

“If she [Speaker Nancy Pelosi] does that, they all say that’s a positive for me from the election. You could also say, who needs it? It’s bad for the country,” Trump told reporters.

“How can you do this and you haven’t even seen the phone call?” Trump asked. "The good news is the voters get it. This is why they say it’s good for the election, but you know what? It’s bad for the country. What she’s doing is very bad.”

Trump took to Twitter late in the day to let Americans know he authorized the release of the complete transcript of his conversation with Ukrainian President Volodymyr Zelensky.

I am currently at the United Nations representing our Country, but have authorized the release tomorrow of the complete, fully declassified and unredacted transcript of my phone conversation with President Zelensky of Ukraine....

....You will see it was a very friendly and totally appropriate call. No pressure and, unlike Joe Biden and his son, NO quid pro quo! This is nothing more than a continuation of the Greatest and most Destructive Witch Hunt of all time!

The Democrats are so focused on hurting the Republican Party and the President that they are unable to get anything done because of it, including legislation on gun safety, lowering of prescription drug prices, infrastructure, etc. So bad for our Country!

After Speaker Nancy Pelosi made her announcement saying the House of Representatives is beginning formal impeachment proceedings, Trump took to Twitter to comment on the situation.

Pelosi, Nadler, Schiff and, of course, Maxine Waters! Can you believe this?