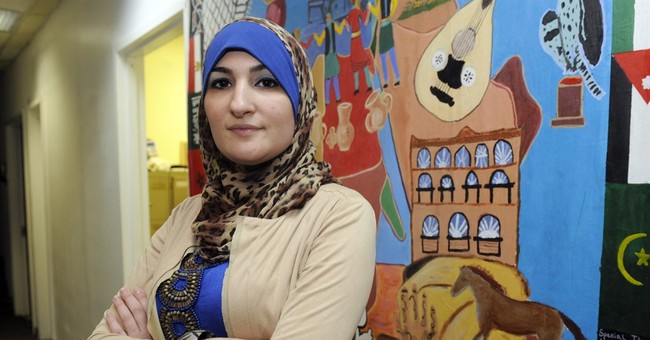 In a rather ironic turn of events, the Bernie Sanders campaign has decided to use anti-Semite Linda Sarsour as a campaign surrogate.

"Bernie Sanders believes in us and he believes in our worth as a people. We all deserve health care and access to higher education, an economy where we all can thrive, not just the top one percent and a transformative foreign policy, one that is centered on peace and diplomacy," Sarsour told a crowd. "A foreign policy that sees Palestinians as human beings deserving of human rights and self-determination."

It's rather ironic that Bernie, a Jewish man, is having an anti-Semite as a campaign surrogate. Maybe he forgot that Sarsour has deep ties to Louis Farrakhan. Not to mention that she agreed with Rep. Ilhan Omar's assessment that people have "dual loyalty" if they want to protect Israel. Or maybe the campaign was unaware that Sarsour influenced Democratic leadership to change their anti-Semitism resolution so it was more broadly focused.

Either way, Sarsour has advocated for policies that deeply hurt the Jewish people – Bernie included. The fact that he's using her to advance his campaign is disgusting.

"I would be so proud to win, but also to make history and elect the first Jewish American president this country has ever seen and for his name to be Bernard Sanders." –@lsarsour pic.twitter.com/INPRlvmMur