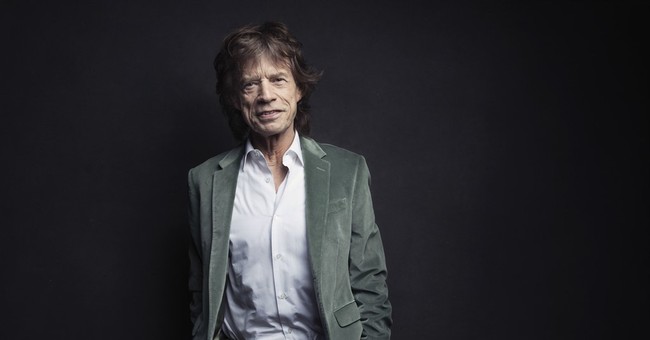 Rolling Stone star Mick Jagger and actor Donald Sutherland took aim at President Donald Trump during the Venice Film Festival on Saturday, the Hollywood Reporter reported. The two men were asked what they thought of activists outside of the red carpet protesting climate change and anti-immigration policies. That's when the bashing began.

“I’m absolutely behind that,” Jagger said about the protest. “I’m glad they’re doing that because they’re the ones who are going to inherit the planet. We are in a very difficult situation at the moment, especially in the U.S., where all the environmental controls that were put in place — that were just about adequate — have been rolled back by the current administration so much that they are being wiped out."

“The U.S. should be the world leader in environmental control but now it has decided to go the other way,” Jagger said, referencing President Trump's decision to pull of the Paris Accord Agreement.

Sutherland chimed in, saying the regulations under President Barack Obama "were barely adequate" and now Trump is tearing them apart.

“When you’re my age, when you’re 85 years old and you have children and grandchildren, you will leave them nothing if we don’t vote those people out of office in Brazil, in London, in Washington,” Sutherland said, referencing President Donald Trump, Brazilian President Jair Bolsonaro and UK Prime Minister Boris Johnson. “They are ruining the world. We have contributed to the ruination of it, but they are ensuring it.”

According to Jagger, he's concerned about political division and where it will lead
"n so many countries, including my own [England] this last week… but particularly the U.S, it’s a bit of a sea change. It is not about manners,” Jagger said, adding that he feared “where all this polarization and rudeness and lying [is going to lead us]."

The two men were at the Venice Film Festival promoting their new film Burnt Orange Heresy.