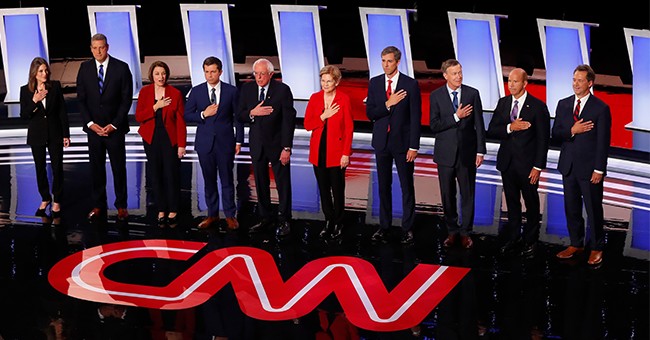 Just when we thought CNN couldn't get any more pathetic, they prove us wrong...again. The network on Tuesday announced their climate change town hall. The debate, scheduled for Sept. 4th will be seven hours long. Yes, seven hours. The reason? The network wants to give each of the 10 candidates ample time to respond to questions during this "unprecedented prime-time event."

Each of the 10 candidates will be given 40 minutes to discuss their plans to address climate change. Hosts Wolf Blitzer, Erin Burnett, Anderson Cooper, Chris Cuomo and Don Lemon will act as moderators.

Here's the schedule of events:

CNN announced the town hall after the Democratic National Committee voted overwhelmingly last week not to host a debate focused on the issue.

Let's be clear about this: CNN is delusional if they think people are going to watch a seven hour town hall. People can barely handle three hour long debates. But you know what they say... desperate times call for desperate measures. Their ratings are down the toilet and they need something to help revive them.