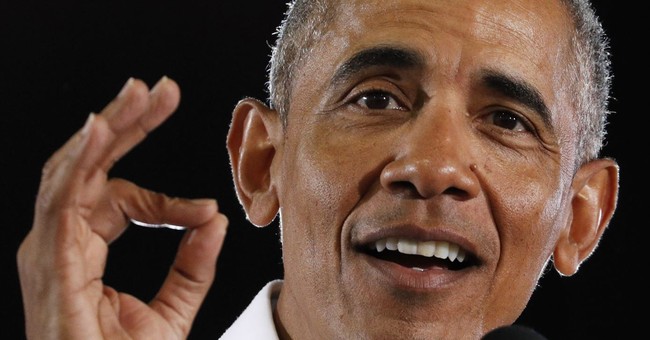 In an opinion piece for the Washington Post, 148 African American members of President Barack Obama's administration came together to explain why they support "The Squad," made up of Reps. Ilhan Omar (D-MN), Rashida Tlaib (D-MI), Alexandria Ocasio-Cortez (D-NY) and Ayanna Pressley (D-MA).

According to the Obama alumni, President Donald Trump's "go back to where you came from" comments are unacceptable and racist. Although they're bothered by the language Trump used, they use it as "jet-fuel" for their activism.

Witnessing racism surge in our country, both during and after Obama’s service and ours, has been a shattering reality, to say the least. But it has also provided jet-fuel for our activism, especially in moments such as these.

There is truly nothing more un-American than calling on fellow citizens to leave our country — by citing their immigrant roots, or ancestry, or their unwillingness to sit in quiet obedience while democracy is being undermined.

Trump wasn't telling "The Squad" to leave this country as a way of being racist. He was saying that America is the greatest nation in the world. If someone can't respect our laws, our way of life and what we hold dear, they're more than welcome to leave. They're more than welcome to live in a country that more aligns with their political and personal beliefs. Stop trying to changing the United States and what she stands for. There are plenty of people who love her the way she is.

We are proud descendants of immigrants, refugees and the enslaved Africans who built this country while enduring the horrors of its original sin. We stand on the soil they tilled, and march in the streets they helped to pave. We are red-blooded Americans, we are patriots, and we have plenty to say about the direction this country is headed. We decry voter suppression. We demand equitable access to health care, housing, quality schools and employment. We welcome new Americans with dignity and open arms. And we will never stop fighting for the overhaul of a criminal-justice system with racist foundations.

That's the difference between Republicans and Democrats, conservatives and liberals is this: Democrats and liberals make demands. They're like little kids throwing a fit. If they don't get their way then all hell breaks loose. It's their way or the highway. If the majority disagrees with them then there is some kind of racism, sexism, homophobia, xenophobia or whatever else they decide, that is being used against them.

When voters elected Trump, Democrats saw this as an attack on them and their personal beliefs, not conservative Americans voicing their opinions. This isn't about making Democrats' lives worse. This is about protecting America's founding principles and the idea of freedom and liberty. If that is antithetical to what Democrats stand for then that's on their party and their belief system. They might want to do some soul searching then because we're working to uphold our Constitutional rights and the freedoms the Founding Fathers implemented.

Our love of country lives in these demands, and our commitment to use our voices and our energy to build a more perfect union. We refuse to sit idly by as racism, sexism, homophobia and xenophobia are wielded by the president and any elected official complicit in the poisoning of our democracy. We call on local, state and congressional officials, as well as presidential candidates to articulate their policies and strategies for moving us forward as a strong democracy, through a racial-equity lens that prioritizes people over profit. We will continue to support candidates for local, state and federal office who add more diverse representation to the dialogue and those who understand the importance of such diversity when policymaking here in our country and around the world. We ask all Americans to be a good neighbor by demonstrating anti-racist, environmentally friendly, and inclusive behavior toward everyone in your everyday interactions.

I think it's fairly safe to say America is a fairly perfect union. Yes, there are somethings we can improve on, just like every other nation, but we're also the longest-standing republic out there. And so many other countries strive to have what we have. No other nation on earth protects its citizens like the way our Declaration of Independence, Constitution and Bill of Rights protects Americans.

Diversity of opinion and experience is far more important than diversity of skin color. Judging a person's ability to govern shouldn't be based on his or her skin color but rather the content of their character, their professional and personal experiences and their vision for our nation.