Frederica Wilson: We Must Prosecute Anyone Who 'Makes Fun' Of Members Of Congress Online 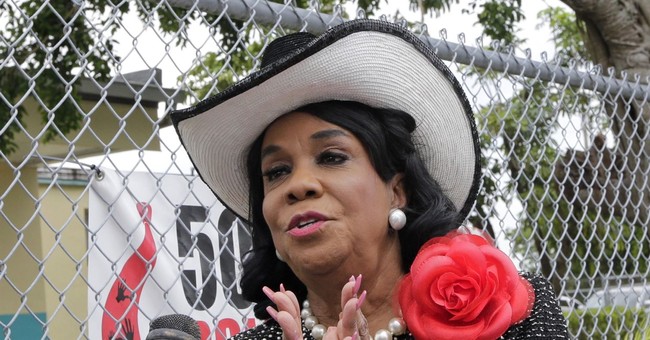 Rep. Frederica Wilson (D-FL) on Tuesday went with other members of Congress to tour a detention facility for illegal immigrants. During a press conference following the tour, Wilson made a rather interesting comment. Apparently she believes anyone who "makes fun of members of Congress" on the Internet "should be prosecuted."

"Those people who are online, making fun of members of Congress, are a disgrace and there is no need for anyone to think that is unacceptable," Wilson said. "We're going to shut them down and work with whoever it is to shut them down, and they should be prosecuted."

There's nothing wrong with prosecuting those who go online and threaten our elected representatives. That's totally understandable. But moving to prosecute people for voicing their opinion is dangerous and it's a slippery slope. Not only that but it's arbitrary. Who decides what's acceptable? And how do we know that lefties aren't going to persecute only conservatives?

This is just another form of censorship, something we're seeing from big tech companies like Facebook, Twitter and Google. Except now we have an elected official who wants to work hand-in-hand with them.

Democrat Rep. Frederica Wilson (FL) says that people who are “making fun of members of Congress” online “should be prosecuted” pic.twitter.com/f69KwOeJ0n