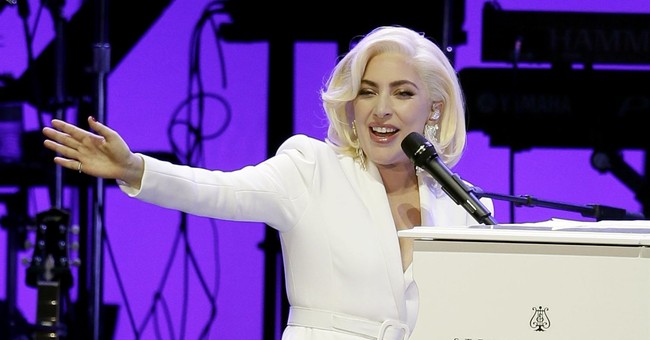 The Alabama Senate on Tuesday passed the Alabama Human Life Protection Act 25-6. The House of Representatives previously passed the bill 74-3. And on Wednesday, Alabama Gov. Kay Ivey (R) signed the bill into law, which will go into effect in six months.

The bill bans almost all abortions, with the exception being the mother's health is put at risk. There were no exemptions carved out for cases of rape and incest.

The goal of the bill was for it to be so stringent that it would be challenged and eventually make its way to the Supreme Court. The goal of the entire ordeal is to hopefully have Roe v. Wade overturned.

Planned Parenthood made it known that they would definitely challenge the law.

You're right this bill is "unenforceable," @GovernorKayIvey. We're going to fight like hell to make sure that this ban NEVER goes into effect — in the courts, in the streets, and at the ballot box.

But leftist celebrities were quick to pounce and run with the same old talking points.

"My body, my choice" seems to be their biggest mantra though.

#AlabamaAbortionBan #Alabama #AlabamaSenate #NoUterusNoOpinion #PlannedParenthood #ProChoice I love you Alabama prayers to all women and young girls here are my thoughts: pic.twitter.com/LqmVyV8qsA

Misogyny is returning America to the dark ages. #AlabamaAbortionBan

What a horrible regression that will endanger so many women at the hands of primarily men who will never experience the effects. This won’t last, we won’t stand by and let our freedom of choice be taken away. It isn’t their’s to take.#MyBodyMyChoicePeriod #AlabamaAbortionBan pic.twitter.com/izUqmlRFyD

“There is a special place in hell for women who don't help other women." - Madeleine Albright #AlabamaAbortionBan #YouKnowMe https://t.co/zwvekAxaXj

Hey Alabama & Georgia: where’s the law that says the man who impregnated the woman has to get a forced vasectomy? As long as you are policing people’s bodies, might as well make it fair, right? Equal culpability, right? #MyBodyMyChoice #AlabamaAbortionBan

A fetus is not a baby. An egg is not a chicken. A seed is not a flower. My body is not your body. If you see babies being murdered, please call 911 immediately.

And Democratic politicians were eager to say it's about "men controlling women" and turning back our "civil rights." Some even called for donating to pro-abortion groups.

This has always been about men wanting to control women’s decisions over their own bodies. Look at the pictures. #AlabamaAbortionBan https://t.co/amdIDX3KeK

Extremist politicians in every state have worked for decades to ban abortion. We will not let them win. #AlabamaAbortionBan pic.twitter.com/d5DzxVadvg

Twenty-five men in the Alabama Senate passed this ban. Women across the country are watching and we will fight back. https://t.co/3XxEzq7bWB

Restricting access to safe, legal abortion puts women’s lives at risk. We need your voice now, more than ever, in this fight. Join me in splitting a donation to @yellowfund, @ClinicVest, @abortionfunds, and @ARC_Southeast now: https://t.co/jESkDv4whb

The Supreme Court said in #RoeVWade that every American woman's right to privacy—their right to choose—is "fundamental." It is a civil right.

The extreme #AlabamaAbortionBan would throw doctors in jail for up to 99 years simply for providing medical care. That’s horrific and it puts politics ahead of women's health. A woman’s medical decisions should be between her and her physician, NOT dictated by politicians.

The #AlabamaAbortionBan would also endanger women’s lives and re-victimize survivors of sexual violence. Politicians in Washington and the #AlabamaSenate do NOT know better than women and their doctors. We must oppose these coordinated assaults on women’s freedoms + healthcare.

At what point does the issue of abortion and killing babies become less about "choice" and more about morality.

If a drunk driver kills a pregnant woman, what is the driver charged with? TWO counts of murder, manslaughter, etc. Not one. TWO.

Why is it okay to consider a baby in those circumstances but not when it comes to aborting them?

At what point do Americans decide we have to protect our most precious gift: America's future?