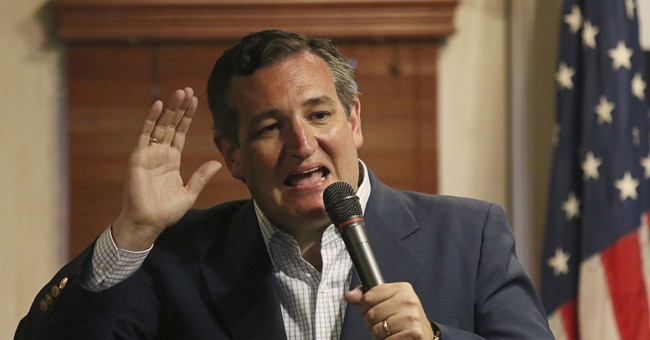 Most of Attorney General William Barr's testimony in front of the Senate Judiciary Committee on Wednesday focused on a letter Special Counsel Robert Mueller sent Barr the day after Barr released his four-page summary of Muller's "key findings" during the Russia probe. Mueller asked for his 19-page introduction and summary that he had drafted to be released ahead of the report because he wanted to clear up media reports that mischaracterized the investigation's findings.

Instead of releasing a trickle of information to the public, Barr decided to hold off, redact the information that was sensitive to national security and then release the full report. He repeatedly said that he made that

"The principal attack that the Democratic senators have marshaled upon you concerns this March 27th letter from Robert Mueller and it's an attack I want people to understand and just how revealing it is. This is their whole argument. They ain't got nothing," Cruz explained.

"So their argument is as follows, and let me see if I understand it correctly. You initially, when you received the Mueller report, released to Congress and the public a four-page summary of the conclusions. Then, on March 27th, Mr. Mueller asked you to release an additional 19-pages, an introduction and summary that he had drafted. And, indeed, in the letter, what he says is 'I am requesting that you provide these materials to Congress and authorize their public release at this time.' And the reason he says it is to fully capture the context, nature and substance of the office's working conclusion," Cruz recounted.

Instead of releasing the 19 pages at the time Mueller requested it, Barr waited two weeks and included it with the report's full release.

"Two weeks later, you release 448 pages, the entire report, which includes those 19 pages. Do I have that timeline correct?" Cruz asked.

"Their entire argument is 'General Barr, you suppressed the 19 pages that are entirely public, that we have, that we can read, that they know every word of it.' And their complaint is that it was delayed a few weeks," Cruz said.

Cruz reiterated that Barr wanted to release everything at once instead of piece-by-piece.

"If that is their argument, I have to say, that is an exceptionally weak argument," Cruz said, as Barr laughed.

"Because, if you're hiding something, I'll tell you right now, General Barr, you're doing a very lousy job of hiding it. 'cause the thing they're suggesting you hid you released, you released to Congress and the American people," Cruz explained, holding up the full Mueller report.

Attorney General Bill Barr flashes a smile and even a chuckle as Sen. Ted Cruz (R-TX) absolutely destroys Democrats on the Senate Judiciary Committee for their "exceptionally weak arguments" pic.twitter.com/InN93yMvSM

Sen. Cruz said exactly what the rest of us were thinking: why are the Democrats focusing so heavily on this letter? The point is moot. The full report has been released. People can read the report for themselves and determine how they feel about what did or did not take place.

Democrats, especially those who are running for president next year, are focusing on this letter because they're now pushing the notion that Barr is unfit to serve as Attorney General. Special Counsel Robert Mueller didn't find collusion, which kills the Democrats' narrative that President Trump should be ousted from the White House. They're having to change their narrative so Americans are angry and upset. Trump didn't collude with Russia so now they have to run with the idea that Barr is somehow corrupt and is nothing but a shill for Trump.

And you know what the worst part is? This is far from over. We're bound to hear about this for another 18 months, if not longer. This will be one of the central themes the 2020 Dems run with.