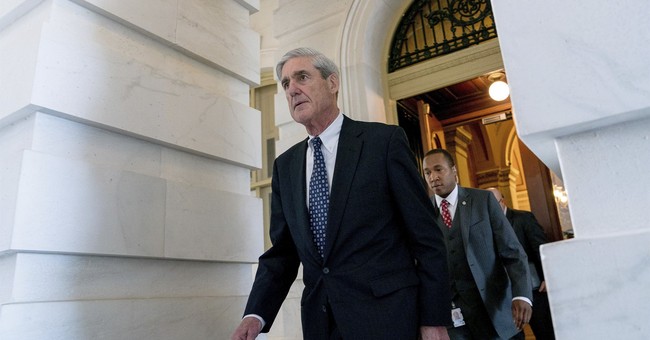 Over the last two years, Democrats have proven that they're more than willing to do anything possible to take down President Donald Trump. They hate his policies. They hate his personal life. They hate everything he stands for. They hate him. The almost two-year long Russia probe was a witch hunt that turned up absolutely nothing yet Democrats have vowed to subpoena whoever they can. Essentially, they're going to launch a different kind of witch hunt, one that the Democrats will control exclusively. And it's being launched in Congress.

MSNBC "reporter" Mike Viqueira decided to ambush Special Counsel Robert Mueller outside of his church... on Easter Sunday... to ask if he'd testify before Congress.

"If he were anybody but the president, would Mr. Trump be indicted, sir?" Viqueira asked. "Why didn't you make a recommendation one way or another?"

Apparently it's too hard for the these journalists to get it through their thick skull that no collusion took place. No. Collusion. No obstruction was found. Say it with me. No. Obstruction.

And outlets like MSNBC wonder why the American people don't trust reporters? It's because of idiotic attempts like this to continue pushing a narrative they want to run with. Not to mention they chose the must inappropriate time and place to do it.

Let Mueller and his family celebrate the Resurrection. Quit trying to turn this man into a criminal when he simply did the job he was tasked with doing.