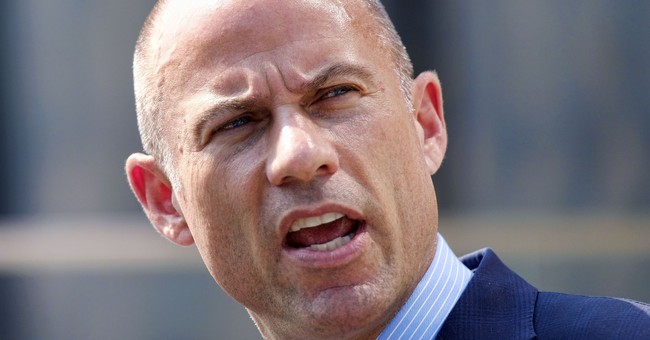 Whiteside wire transferred $2.75 million of the $3 million settlement to Avenatti. Although Avenatti was entitled to $1 million of the settlement, he never handed off the remaining amount, the Los Angeles Times reported. Avenatti allegedly took $2.5 million and bought a private jet.

“We entered into a mutually agreed upon settlement more than two years ago following the end of our relationship; a settlement that reflected Alexis’ investment of time and support over a number of years as Hassan pursued a career in the NBA,” Whiteside and Gardner told the Los Angeles Times in a statement released by his agent.

“It is unfortunate that something that was meant to be kept private between us is now being publicly reported. We have both moved on amicably and wish nothing but the best for each other.”

But here's the thing: this isn't the only time Avenatti has embezzled money.

Another client, Geoffrey Ernest Johnson, was a mentally ill paraplegic man on disability. He won a $4million settlement but Avenatti allegedly gave him a whopping $124,000.

And it's said that Avenatti embezzled about $4 million from makeup artist and YouTube star Michelle Phan.

Avenatti is also charged with dodging taxes, bank fraud, perjury and bankruptcy fraud. In a separate federal case in New York, he is accused of extortion and conspiracy in his alleged shakedown of Nike, the sportswear giant.

If convicted on all charges on both coasts, he faces a maximum penalty of 382 years in prison. Avenatti denies wrongdoing.

According to the Times, Avenatti took to Twitter to say he hopes the NBA commission looks into the reason Whtieside had to pay the settlement in the first place.