Nadler's Upset Over The Mueller Report Rollout. Here's Why. 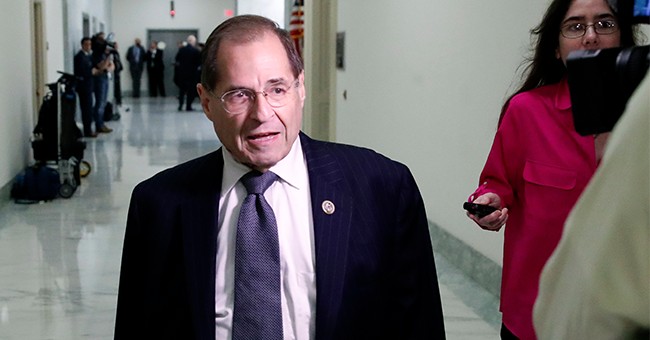 House Judiciary Committee Chairman Jerry Nadler (D-NY) on Wednesday evening held a press conference to discuss his frustrations with how Attorney General William Barr plans to release Special Counsel Robert Mueller's report. Barr and Assistant Attorney General Rod Rosenstein will hold a joint press conference at 9:30 a.m. EST on Thursday. The redacted report is expected to be released between 11 a.m. and 12 p.m. EST. Mueller will not be in attendance.

"The Attorney General appears to be waging a media campaign on behalf of President Trump, the very subject at the heart of the Mueller investigation." Nadler said at the beginning of the press conference "Rather than letting the facts of the report speak for themselves, the Attorney General has taking unprecedented steps to spin Mueller's nearly two-year investigation."

Nadler claims Barr "cherry-picked findings," "withheld summaries written by the Special Counsel that were intended for public consumption," and provided the White House with a copy of the report before handing over a copy to Congress.

"And now, on the evening before the report's scheduled release, the Department of Justice has informed the [House Judiciary] Committee that it will receive a copy between 11 a.m. and noon, well after the Attorney General's 9:30 a.m. press conference. This is wrong," Nadler said.

According to Nadler, Barr has contradicted himself when he said he refused to release the report in tidbits or attempt to summarize Mueller's findings.

"It now appears the Attorney General intends to, once again, put his own spin on the investigative work completed by the Special Counsel and his team," Nadler said. "The fact that the Attorney General is not releasing even the redacted report to Congress until after his press conference will, again, result in the report being presented in his own words rather than through the words of Special Counsel Mueller."