Attorney General William Barr: These Are The Four Areas I'm Redacting In The Mueller Report 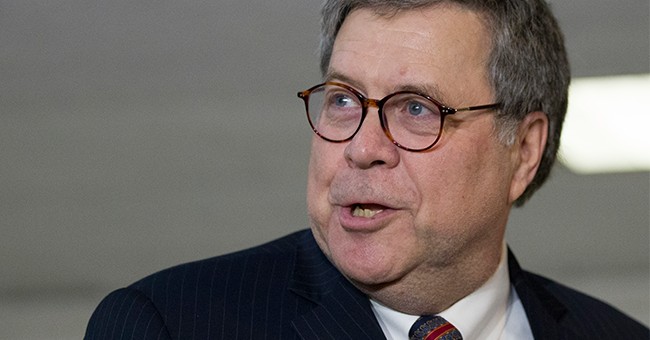 Attorney General William Barr on Tuesday was scheduled to testify about the Department of Justice's budget. Of course, Democratic Rep. Jose Serrano (NY) wasn't going to allow Barr to speak without mentioning the Mueller report, which is expected to drop in the near future.

"The letter of the 24th, Mr. Mueller's team did not have a role in drafting that document, although we offered him the opportunity to review it before we sent it," Barr explained. "And he declined that. The letter on the 29th, I don't believe that was reviewed by Mr. Mueller or that they participated in drafting that letter."

Barr did say he found it important for Congress to receive as much information as possible to learn about Mueller's investigation. The attorney general also reminded Serrano that the Special Counsel is different from the Independent Counsel as far as their reporting requirements go.

"In my March 24th letter I identified four areas that I feel should be redacted. And I think most people would agree. The first is grand jury information…The second is information that the intelligence community believes would reveal intelligence sources and methods," Barr explained.

"The third are information in the report that could interfere with ongoing prosecutions. You’ll recall that the special counsel did spin off a number of cases that are still being pursued," Barr said. "And we want to make sure that none of the information in the report would impinge upon either the ability of the prosecutors to prosecute the cases, or the fairness to the defendants. And finally, we intend to redact information that implicated the privacy or reputational interest of peripheral players where there is a decision not to charge them."