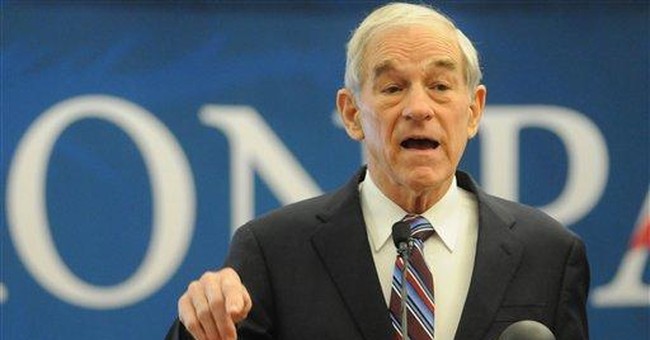 Former Congressman Ron Paul (R-TX) appeared on "Watters' World" to discuss the border wall conflict and give his insight on the situation. According to Paul, he's not in favor of the border wall but believe the United States could  remove incentives for people to come to our country illegally.

"You're against the wall and you think we should look inward to create a new reality where we're not attracting so much illegal immigration," Jesse Watrers explained. "How would that look?"

"Well, I think it would look a lot different. We would have to educate the people that we're not owing everyone who comes here illegal a living, a job, and school, and medical care and the whole works," Paul explained. "I would remove all of the incentives. One of the biggest incentives is the easy road to citizenship. So I don't happen to believe that an illegal should get in line for citizenship. We've got to abolish that."

"So let me just ask you a question. Do you think, right now, that the way the welfare state is in this country that is primarily what's attracting illegal immigration or do you think they're coming more for the cash?" Watters asked.

"If you're going by numbers, I would say the large number would just like to get here and work because of the many we come across in Texas, that is the case," Paul responded. "I also think there's an big incentive to become an easy citizen and bring the kids along and that sort of thing. I don't think that exists in very many other countries, so yes, I think it's a tremendous incentive."

Paul also mentioned the Democratic Party relying on illegal citizens to eventually become voters. Although they may not be able to vote, they're counted in the census and the number of representatives a state is given is based on the census. Obviously, states like California, with a high illegal immigration rate, have higher representation because those illegal aliens are counted.

"You have the business community, which likes the cheap labor, and then you have the Democratic Party, which likes open borders because, as you said, they want future voters," Watters said. "How do you, when both sides of the equation are for open borders, where is there any middle ground to find the solution?"

According to Paul, there may be "no exact middle ground on automatic citizen or easy citizenship."

"I think the people should be prosecuted for this [illegal immigration]," Paul said bluntly.

Paul is right, to an extent. The one thing he's wrong about is the need for a border wall. We know, for a fact, that border walls work. Just look at San Diego and Tijuana now. San Diego used to be a crime cesspool and now it's one of the safest cities. That's not a coincidence. That's a direct result of the wall.

But Paul does bring up a good point. People come to America because they're looking for a better life. Part of having a better life means having a good paying, steady job, your children getting an education and medical care when you need it. Here's the thing though: America does not owe anyone who comes to our country a handout. We're the land of opportunities, not the land of handouts. Part of coming to America is forging your own path, pulling yourself up by your bootstraps and working hard for what you have.