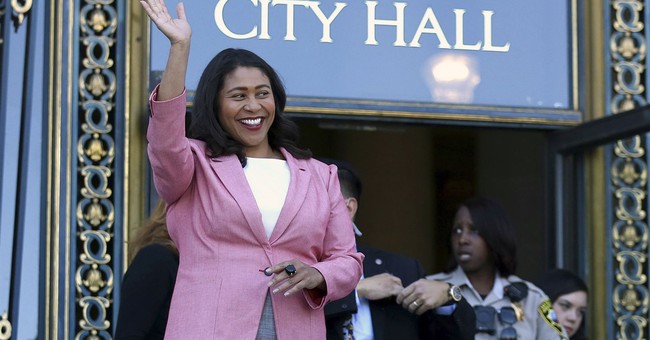 Back in 2000, Brown pushed 25-year-old Lenties White from a getaway car on the Golden Gate Bridge following an armed robbery. White was hit and killed by a drunk driver.

Here are the details of the event, as described by SF Gate:

On June 19, 2000, Brown and Thorn, then 24, walked into the Johnny Rockets restaurant between midnight and 12:30 a.m. while employees were preparing to leave for the night. The two forced workers to lie facedown on the floor and pocketed more than $7,000 from a safe.

Police Officer Gary Watts told investigators that he saw both men “walking briskly” toward him on Chestnut Street soon after the robbery. One of the men was carrying a red bank deposit bag, and the pair turned the corner and ran to a white Ford Escort with its taillights on, Watts said.

White was behind the wheel. The men piled into the car on the passenger side and the car drove off.

Watts pursued the car after hearing a radio dispatch report that police were responding to a robbery at the restaurant. He asked the California Highway Patrol for assistance in stopping the vehicle, then sped ahead of the car and stopped at a parking lot near the bridge and waited for the Ford to pass him, according to the court documents.

After the Ford passed him and traveled onto the bridge, Watts followed closely behind but did not flash his patrol lights on the vehicle, he told investigators.

Watts told investigators that when he got out of his patrol car, he saw a man exit the passenger’s side of the Ford and walk toward the driver’s side. Watts said he told the man to lie on the ground, but he ignored the order, got back in the car and drove off.

Watts said he also yelled at White to get up, but she remained in the roadway and was struck by a Dodge Stratus. Its driver was arrested on suspicion of driving while intoxicated and vehicular manslaughter.

Before dying, White managed to identify Napoleon Brown as the man who pushed her from the car, calling him by his nickname of “S.B.,” and told police where he lived, police said.

According to SF Gate, Brown's attorneys attempted to make a plea deal with the District Attorney's office. The DA, however, refused to make a package deal with Sala Thorn, his co-defendant.

Brown says he regrets his decisions.

“I am very sorry for all the people I hurt with my crimes 18 years ago,” Brown said in his letter to the governor's office. Although Brown says his "crimes and bad behavior" are because of addiction, he has faced the repercussions of his actions. “I still take full and complete responsibility for all my actions.”

And Breed believes getting out of prison is “what’s best for both Napoleon and society overall.”

“Napoleon struggled early on with a sense of hopelessness. And like many others, he developed a bad drug problem at an early age. His drug addiction led to a young life of crime," Breed said in her letter. “Although I don’t believe the 44-year sentence was fair, I make no excuses for him. His decisions, his actions, led him to the place he finds himself now. Still, I ask that you consider mercy, and rehabilitation.”

“I don’t think it would be justice,” McNeil said. “She’s the mayor, so she’s got a little power, so she thinks she can get her brother out.’’

“The timing of it is troublesome,” Smith said. “She could have written this letter six months ago, when she wasn’t mayor -- and she didn’t. The governor obviously is leaving office soon.”