DOJ, ATF Are About to Find Themselves in Court Over the Newly-Released Bump Stock Ban 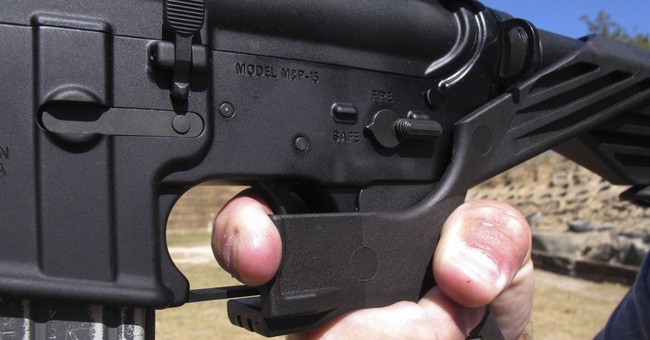 For over a year, gun owners have prepared for a ban on bump stocks. After the deadly mass shooting in Las Vegas, the Trump administration vowed to make the firearm accessory illegal. That time has officially come. The regulation reclassifies a bump stock as a machinegun under the National Firearms Act. One gun group, however, disagrees with the classification and plans to bring about litigation to challenge the regulation.

Gun Owners of America (GOA) and Gun Owners Foundation (GOF) are filing a lawsuit against the Department of Justice (DOJ) and the Department of Alcohol, Tobacco, Firearms and Explosives (ATF). The group is hoping an injunction will be granted, which would prevent the new rule from going into effect.

As written, this case has important implications for gun owners since, in the coming days, an estimated half a million bump stock owners will have the difficult decision of either destroying or surrendering their valuable property -- or else risk felony prosecution.

ATF’s claim that it can rewrite Congressional law cannot pass legal muster. Agencies are not free to rewrite laws under the guise of ‘interpretation’ of a statute, especially where the law’s meaning is clear.

The new ATF regulations would arbitrarily redefine bump stocks as ‘machineguns’ -- and, down the road, could implicate the right to own AR-15’s and many other lawfully owned semi-automatic firearms. ATF’s new bump stock regulation clearly violates federal law, as bump stocks do not qualify as machineguns under the federal statute.

Under the new regulation, gun owners would have until March 21st to hand over their bump stock bans. One of the biggest issues gun rights advocates have with the regulation is the lack of grandfathering in. Once March 21st comes, if anyone is in possession of a bump stock, they are breaking the law.