How Tacky: Classless New York Democrat Tells a GOP Staffer to 'Kill Herself' 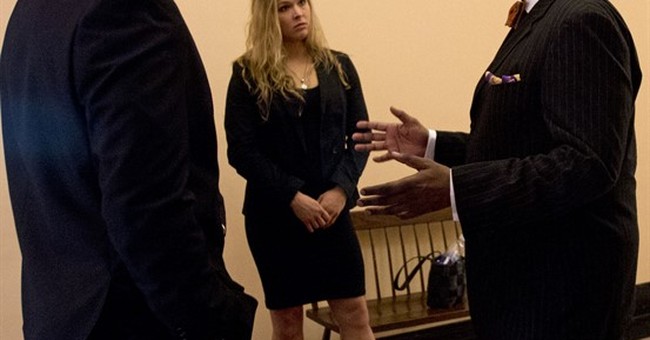 Things got heated between New York State Senator Kevin Parker (D) and Candice Giove, the Deputy Communications Director for the New York State Senate Majority, which is held by the Republican Party. According to the Daily Caller, the exchange was over a blocked bike lane:

It all started with a tweet about a bike lane in New York, blocked by cars allegedly abusing placards to park where they shouldn’t. New York State Senate Majority’s deputy communications director Candice Giove dug a little deeper and claimed that one of the placards belonged to Sen. Parker — but the vehicle was not the same one to which the placard was legally assigned.

It got to the bottom of this. The placard is assigned to @SenatorParker. However, the license plate # on the placard does not match the vehicle. So he either used it in another car or gave it to someone to use, both of which are not permitted. https://t.co/dcu6ZUyVVO

Parker replied but then quickly deleted what he said:

And then he came back with an apology:

I sincerely apologize. I used a poor choice of words. Suicide is a serious thing and and should not be made light of.

But it didn't take long for him to attack Giove and her stance as a Republican.

Where was @Candicegiove when NYers voted for a #Democratic State Senate & progressive legislation like the Dream Act & CFE funding? That’s right, working with the #NOIDC appendage of the GOP. #DreamAct #CFEFunding

. @Candicegiove is on the wrong side of history for every important issue facing New York State!

It was quickly pointed out that Parker supports a newly-proposed law in New York that would require social media checks for those who want to purchase a firearm.

Parker is backing a bill that would have law enforcement review social media history before allowing someone to obtain a firearm https://t.co/DyHKmmxfBW

And this folks, is an example of someone who needs to stay off social media.

Here's Why the Liberal Media Got Scalped With Their Rudy Giuliani Coverage
Matt Vespa
Canadian Pastor Arrested and Dragged Off by SWAT Team on Busy Highway for 'Inciting' People to Go to Church
Rebecca Downs
Rep. Jim Banks Tells It Like It Is: Liz Cheney is a 'Distraction'
Rebecca Downs
Why a Reporter Suggested That Fox News be Stripped Of Its First Amendment Protections. It's Eye-Roll Worthy.
Matt Vespa
The Latest Round of Attacks on Ron DeSantis Have Gone From 'Desperate to Weird'
Katie Pavlich
Longtime Detroit Police Chief is Running Against Michigan Governor Gretchen Whitmer
Katie Pavlich
CARTOONS | Steve Breen
View Cartoon
Most Popular