Rumor Mill: Here Are The Candidates In The Running to Replace WH Chief of Staff John Kelly 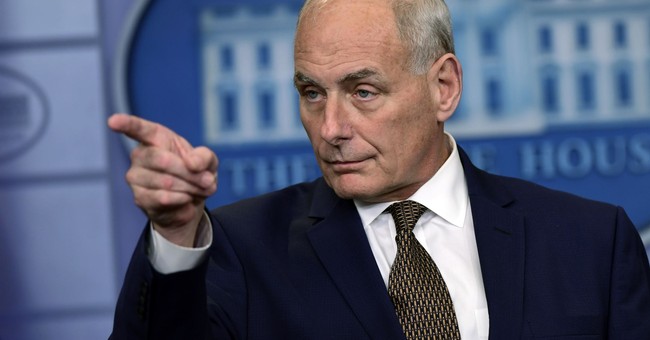 President Donald Trump's chief of staff, General John Kelly, said he would be leaving the White House at the end of the year. Vice President Mike Pence's chief of staff, Nick Ayers, was the number one choice to fill Kelly's shoes. Ayers, however, has decided he, too, will leave at the end of the year. He did, however, agree to fill Kelly's roll on an interim basis, until a permanent position is filled.

Trump declined the offer and, instead, said he would find someone to fill Kelly's role permanently. Washington, D.C. is now swirling with rumors of who is being considered for the role.

Meadows serves as Chairman of the House Freedom Caucus, a group of representatives who hold conservative and libertarian ideals. He is also considered one of President Trump's closet allies in Congress.

Although Meadows said he hasn't spoken to Trump about the position since Ayers dropped out of the running, he would be incredibly honored to fill the position.

Mark Meadows just told me that he has NOT spoken to Trump about the chief job yet. He also would not say he would take the job if offered, calling that talk “premature” and saying Trump has a “long list of people” and he is “one of many.”

GOP NC Rep Mark Meadows on possibility of becoming WH Chief of Staff: "I've had no conversations in the past 48 hours with the White House." Says he has not discussed this since Nick Ayers dropped out of the running. Says he's "flattered" to be considered.

David Bossie is president of Citizens United and a frequent contributor on Fox News. He is also President Trump's deputy campaign manager during the 2016 election.

But it's not clear who on that list wants the job, @karentravers reports https://t.co/IyzKm0ZYfp pic.twitter.com/0Y0PIq8skz

Chris Christie served as governor of New Jersey from 2010 to 2018. He served as Chair of the Opioid and Drug Abuse Commission under President Trump. Christie was also a federal attorney for the District of New Jersey.

A source close to the WH says former NJ gov Chris Christie is also under consideration for Chief of Staff. The source said Christie is considered a "strong option" a this point, adding Trump wants "a functioning White House." @Acosta

CNN’s Jim @Acosta reports that former New Jersey Gov. Chris Christie is considered a “strong option” for White House chief of staff and that a source describes President Trump’s mood as “super pissed” after Nick Ayers turned down his offer for the job. https://t.co/nywQ18PEvS pic.twitter.com/sn4r69ErRc

But it's not clear who on that list wants the job, @karentravers reports https://t.co/huERmMqhni pic.twitter.com/T6V905iHW2

Before becoming Acting Attorney General in November, Matt Whitaker served as Chief of Staff to the United States Attorney General. Before that he was the federal attorney for the Southern District of Iowa.

"Acting AG Whitaker and Trade Rep. Robert Lighthizer were also said to be under consideration"

If Whitaker considered for CoS, must recuse now from Trump probes(had to for other reasons anyway). Cant be interviewing w/subject of crim investig&control it

Here are a few contenders to be Trump's next chief of staff: