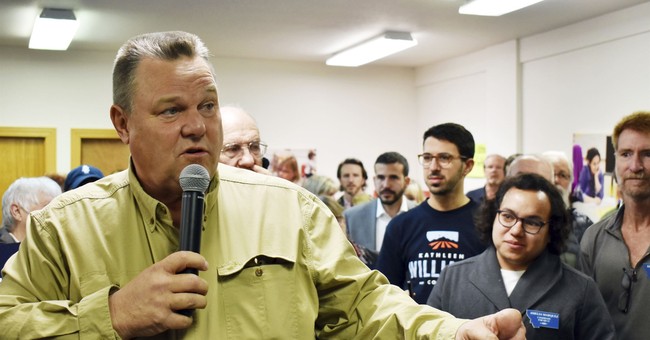 Sen. Jon Tester (D) of Montana has faced a tough reelection campaign this cycle. President Donald Trump has made it his personal mission to make sure Tester is defeated next Tuesday. And while Tester has the dry sense of humor and approachability factor, his opponent, Matt Rosendale, has something far superior: the support of Trump and his supporters.

Trump and his various surrogates have been to Montana to campaign on behalf of Rosendale. They have sent a very vital message to Montanans: Tester is working against President Trump's agenda. That message is extremely important in a state that went from being an Obama stronghold in 2008 to Trump country in 2016. The state was such a strong supporter of Trump and his Make America Great Again message that he carried the state by 20 points.

"Tester's down-home, informal style is his biggest strength as he barnstorms the state, trying to personally connect with just enough voters to send him back to the Senate for six more years," POLITICO reported. "But Tester has long infuriated the GOP, which has tagged him as a liberal out of step with Montana. The difference now is that they have a president willing to go all out to defeat him."

According to Tester, he knew his reelection bid was going to be tough. It was something he knew as soon as Trump was elected.

The biggest issue Montanans have with Tester? He's likable when they meet with him on his home turf. As soon as he goes back to Washington, D.C. he becomes a completely different person whose votes are out of step with his constituents.

The GOP has put together a strong game plan to push Rosendale to victory. President Trump has made three campaign stops already, with a fourth one planned for this weekend. Donald Trump Jr. and Sen. Rand Paul (R-KY) have also campaigned in the state and Sen. Mike Lee (R-UT) will make an appearance this weekend. The Senate Leadership Fund has dropped $3 million on ads for the final two weeks of the campaign and Paul's PAC has also spent advertising money, although it's unclear exactly how much.

To make matters even more interesting, Tester's colleague, Sen. Steve Daines (R-MT), is traveling the state campaigning against him. He's making it clear that Tester doesn't represent Montanans and their values.

This race is considered extremely close. It is said that the race will be decided on Election Day, despite a high turn out in early voters and absentee ballots.