Rumor Mill: Progressive Duo Bernie Sanders And Elizabeth Warren May Have Something Up Their Sleeve 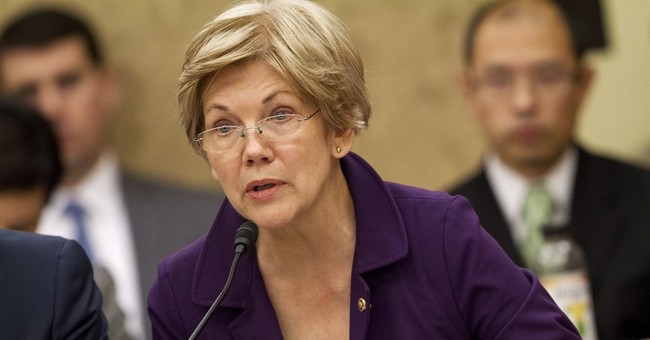 With the midterm elections just two weeks away, Democrats are beginning to think further into the future, about who would be the best candidate – or set of candidates – to run against President Donald Trump in 2020. It's no secret that Sens. Bernie Sanders (I-VT) and Elizabeth Warren (D-MA) are popular amongst progressives.

There is now growing speculation that the two may come together to run against Trump. The idea simple: they want to unify their base instead of fracturing the progressive vote and allowing a more moderate Democrat to win the party ticket.

“I suspect that in the coming weeks and months, there will be discussions," Sanders said about a potential progressive unification.

Progressive voters seem to be fond of the idea, too.

“I hope there will be serious conversations between Sens. Sanders and Warren, and perhaps Sen. Merkley,” Jeff Cohen, co-founder of the online activist group RootsAction.org, told POLITICO. “I think I speak for many progressives who dominate the Democratic Party base when I say we'd like to see one genuine progressive in the race and not two or three splitting the vote.

Although Sanders was very hush-hush about the alleged pack, he did say he's talks to Warren on a regular basis, which could mean something is in the works.

“We'll see what will happen. I don't know what will happen. Of course, I speak to Elizabeth [Warren] almost every day. ... We will see what happens," Sanders said. “The major issue right now is, I think, for progressives to expose Trump for the fraud that he is, and to come up with an agenda that makes sense to working families."

Now the question becomes who would be first on the ticket: Sanders or Warren?