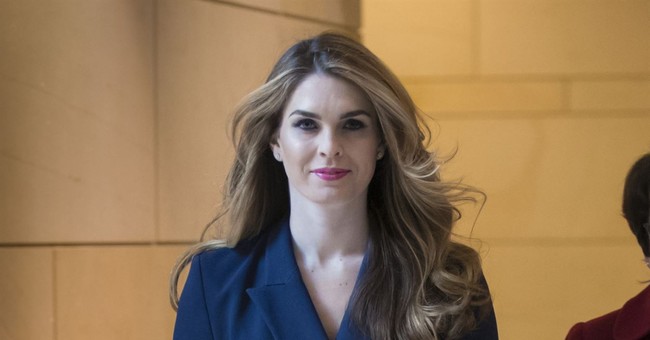 Hicks' new appointment will be a done deal once 21st Century Fox's merge with The Walt Disney Company is complete. The company also named Danny O’Brien as their Executive Vice President and Head of Government Relations.

“Hope and Danny are proven leaders and world-class public affairs professionals. Together they will define and project FOX’s voice to our relevant communities," Viet Dinh, FOX Chief Legal and Policy Officer, said in a statement.

FOX won’t find anyone smarter or more talented than Hope Hicks. So happy for my friend. They are beyond lucky to have you and the East Coast misses you already. https://t.co/mUQUlip5oc

Hicks resigned from the White House in February. Before joining the White House communications team, Hicks worked on President Trump's 2016 presidential campaign. Before that she worked for Hiltzik Strategies, a public relations firm that handled PR for Trump's businesses, including Trump Tower. She is said to be one of his longest-serving and closet confidants.

The new Fox will include Fox News, Fox Sports, the Fox network and TV stations. Lachlan Murdoch, son of conservative media mogul Rupert Murdoch, will be its chairman and chief executive, The Hill reported.