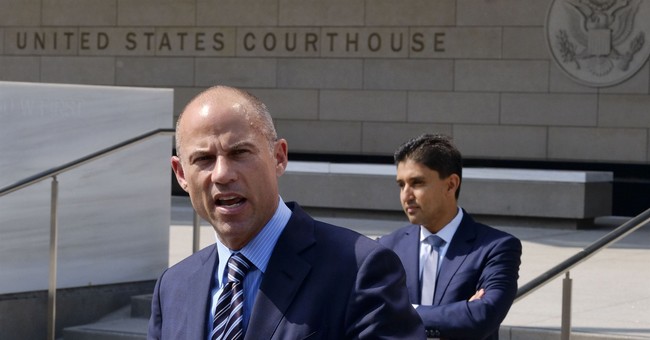 Early Tuesday evening attorney Michael Avenatti, who represents Julie Swetnick, tweeted a letter from a witness who declared, under penalty of perjury, that Brett Kavanaugh "drank excessively," was "overly aggressive and verbally abusive towards girls" and he would "spike punch" at parties as a means of "making girls more likely to engage in sexual acts and less likely to say 'no.'"

URGENT: Below please find an email just sent to the Senate Judiciary Committee, together with a declaration from another witness who confirms a number of Ms. Swetnick's claims. These women deserve to be heard & interviewed by the FBI before any vote on the nomination. pic.twitter.com/upkoIWfKxz

Here's a copy of the letter [emphasis mine]:

I, [redacted], declare as follows:

My name is [redacted] and I am a resident of South Florida. I fully understand the seriousness of the statements contained within this declaration. I have personal knowledge of the information stated herein and if called to testify to the same would and could do so.

I am a 1983 graduate of a high school in the Washington, D.C. area. I also hold a bachelor of arts degree and master of liberal arts degree. I have known Christine Blasey Ford and Julie Swetnick for decades and believe they are both honest and truthful.

I was first introduced to Brett Kavanaugh and Mark Judge in 1980 at Beach Week in ocean City, Maryland. Thereafter, I attended at least 20 house parties in the Washington, D.C. area where Brett and Mark were present during the years 1980-82. I knew them both well as we shared many mutual friends and often socialized with the same people.

The house parties I attended were a common occurrence in the area and usually occurred on the weekends during the school year. I know of many instances during these house parties where Brett and Mark would drink excessively and be overly aggressive and verbally abusive towards girls. This conduct included inappropriate physical contact with girls of a sexual nature. It also often included Brett drinking to a point where he was incoherent and vomiting, well before he was 18 years old.

I have seen Brett Kavanaugh's recent interview on Fox News regarding his alleged "choir boy" existence during his high school years and lack of sexual activity. This claim is absolutely false and a lie based on what I observed firsthand. It is also laughable.

During the year 1981-82, I witnessed firsthand Brett Kavanaugh, together with others, "spike" the "punch" at house parties I attended with Quaaludes and/or grain alcohol. I understood this was being done for the purposes of making girls more likely to engage in sexual acts and less likely to say "No."

I am aware of other witnesses that can attest to the truthfulness of each of the statements above.

I am aware of other inappropriate conduct by Brett Kavanaugh but do not feel comfortable stating it at this time in this declaring. I am fully, willingly, and able to speak with the FBI and tell them everything I know about Brett Kavanaugh and his misconduct if I am contacted.

I declare, under penalty of perjury and under the laws of the United States of America, that the foregoing is true and correct. I have executed this declaration on October 2, 2018.