Justice Kennedy on Discourse Over Kavanaugh: We're Seeing the Death and Decline of Democracy 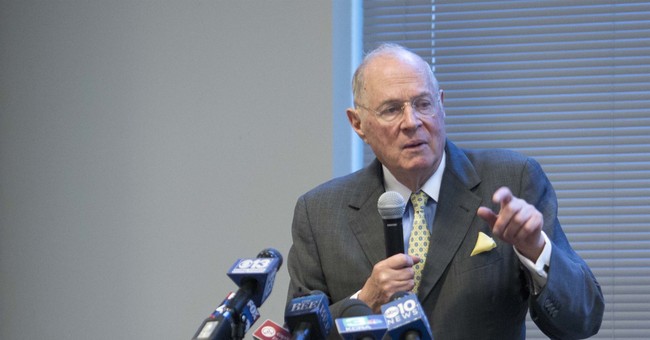 Former Supreme Court Justice Anthony Kennedy made an appearance in his hometown of Sacrament, Calif. to celebrate Constitution Day and teach students about the document's importance. One of the topics that came up was, of course, the confirmation hearings and sexual assault allegations surrounding Judge Brett Kavanaugh, who was Kennedy's former law clerk.

Kennedy refused to take comments from the audience or the press because he was being careful not to comment on the Kavanaugh hearings, the Associated Press reported.

One of the insights Kennedy did give: democracy may be in trouble.

"Perhaps we didn't do too good a job teaching the importance of preserving democracy by an enlightened civic discourse," he said. "In the first part of this century we're seeing the death and decline of democracy."

Kennedy also said Americans have not focused on how to maintain democracy.

"I want them to have faith in the system, I want them to appreciate the rule of law, I want them to know the Constitution and want to defend it," Wong told the AP. "And they're watching in real time people at the helm not being civil."

"Nobody's behaving like adults," Maya Steinhart, a high school senior who will vote for the first time in November, said. "It's absolute chaos and it makes no sense and it's terrifying and it's not working."

Kennedy encouraged students to continue to study the Constitution.

"You have to transmit it to the next generation," he reminded the audience.