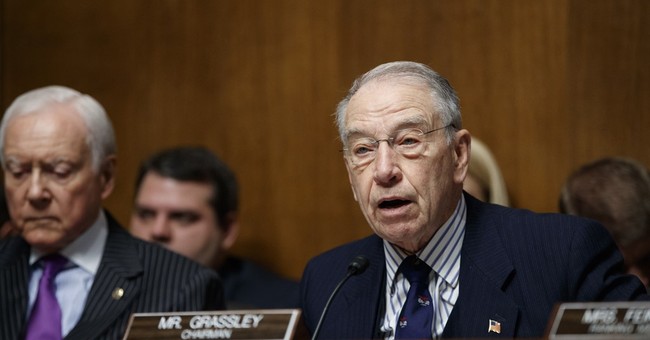 "Yet again, Senate Democrats actively withheld information from the rest of the Committee only to drop information at politically opportune moments," Grassley said in a statement.

According to Grassley Democrats are "more interested in a political takedown" instead of "pursuing allegations through a bipartisan and professional" investigation.

Democrats accused the GOP of attempting to push the Kavanaugh confirmation hearings forward last week because they knew The New Yorker would be releasing a story with Deborah Ramirez's allegations against Kavanaugh.

"The committee’s majority staff learned the allegations made by Deborah Ramirez about Judge Kavanaugh from this evening’s New Yorker report," Grassley said. "Neither she nor her legal representative have contacted the chairman’s office. The article reports that Democratic staff were aware of  these allegations, but they never informed Republican staff."

No, Senate Democrats didn’t inform us of these allegations.

DeSantis Is History’s Greatest Monster For Some Reason
Townhall
David French SO upset over tweet from The Blaze's Todd Erzen he called to TATTLE ... it did NOT go well
Twitchy
Olivia Wilde and Her Trash, New Feminist Movie: 'Don't Worry Darling'
Redstate
The Morning Briefing: Biden's Last Brain Cell May Be the Death of the Republic
PJ Media