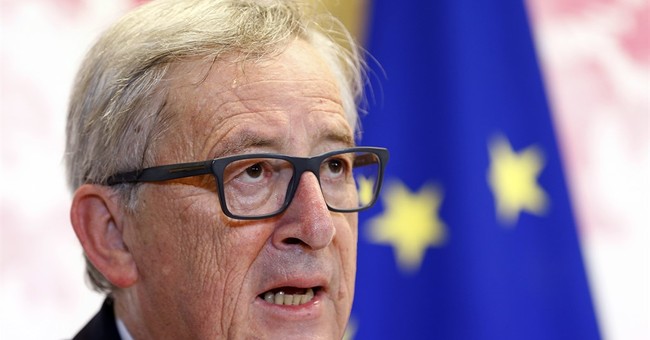 LONDON, United Kingdom - The President of the European Union, Jean-Claude Juncker, has said there will be no further reforms to Britain’s membership of the EU if the country votes to remain tomorrow. President Juncker’s comments are being seized on by the Leave campaign as evidence of the EU leadership’s intransigence over Britain’s terms of membership.

He told journalists in Brussels the Prime Minister had got “the maximum he could receive” and the EU had given the “maximum we could give”. He was referring to the deal made between the parties prior to the referendum.

It includes the right of the UK to keep its own currency, and not have to pay benefits to foreign nationals until they have paid British taxes for four years. But it was widely seen as a joke with one Conservative MP telling TownHall David Cameron had “achieved what he set out to, he asked for almost nothing and got nothing at all”.

Mr. Cameron had promised to back Brexit if the deal he secured was not good enough, but since then he has said leaving would lead to economic meltdown and war.

Juncker said: “The British policymakers and British voters have to know that there will not be any kind of renegotiation,”

He continued: “We have concluded a deal with the Prime Minister, he got the maximum he could receive, we gave the maximum we could give. So there will be no kind of renegotiation, nor on the agreement we found in February, nor as far as any kind of treaty negotiations are concerned.”

Reacting to his comments, Michael Gove, co-chair of the Vote Leave campaign, said: "The Remain campaign has been claiming in recent days that if you vote to stay in the EU then there could be further reform.

"The President of the EU, Jean-Claude Juncker, has made very clear today that will not happen.

"If you vote to stay there is no prospect of getting any reform from the EU ever again. We will never get back control of the £350 million we give to the EU every week."

"We will never get back control of the £350 million we give to the EU every week."

The Brexit side were ahead prior to the murder of Jo Cox MP on Thursday. It was claimed her attacker shouted “Britain First” before shooting her in the face and stabbing her. The claim now looks unlikely to be true, but the damage to the reputation of Brexit campaigners led to a slide in the polls.

Tonight campaigners from both sides are making their final push for votes before they return to their hometowns to vote themselves.

The result will be announced in Manchester at around 6am UK time on Friday.