Brussels: The EU Federal Capital That's A No Go Area 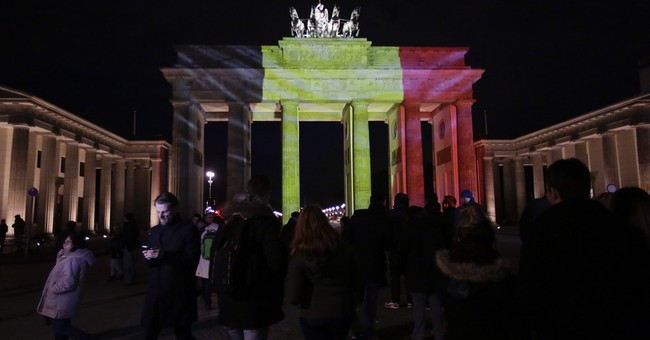 When I first arrived to work at the European Parliament I was given the same advice as every new staffer: Never venture further south than Midi Station. This time honored rule has kept Eurocrats safe for decades, in the increasingly dangerous Islamist ghetto of Brussels.

The warning was not some sort of idle yarn, there are parts of Brussels that are genuinely dangerous for Christians to venue into. These areas like Saint Gilles and Molenbeek are not even few and far between. They are a short walk from the glamour of Grand Place and raw political powerhouse of the European Quarter.

The advice I received when I worked in Brussels became official UK Foreign Office policy, with Brits being advised not to travel to Belgium anymore. Whether you like it or not, the European Union is a federal country like the USA, and this is the equivalent of telling a Texan it is too dangerous to visit Washington DC.

But the British were only following the lead set by the US state department earlier today, which told Americans to hide and await further instructions. I would not be surprised if the decision was taken to evacuate US nationals altogether.

The reason for all this is very simple, the local Muslim population in Brussels loathes the West and appear to be willing to take any opportunity to harm us. Today's attacks were in retaliation for the the capture of the suspected terrorist Salah Abdeslam on Friday.

Mr. Abdeslam is suspected of involvement with the Paris terrorist attacks last year that claimed 130 lives. Yet he was living in Molenbeek in plain sight of the local population, just a few miles from his family home.

His last few months are reminiscent of the days after the Second World War when some German communities seemed perfectly happy to harbor Nazi war criminals, even though they knew full well they were wanted men. They did so because they did not disapprove of their activities.

When I was at the European Parliament I was young enough, and foolish enough to venue to the no go areas of Brussels. Let me assure you the EU has a serious problem, and if this attack has shocked America then the country should realize that they come as no shock to most Europeans.

There is a cancer is the heart of the European Union and that cancer is Jihadism. It lives on our streets, its taught in our schools and it is tacitly accepted by our political masters. Those Muslims that try to fight radicalization are marginalized and in some cases physically attacked.

Laws have been passed to prevent free speech on this matter, and immigrants are being imported who are more radical than the populations we were already terrified of.

I am convinced this attack has sealed the result of the British referendum on EU membership. But that cannot be the end of the matter, we simply cannot allow the European left to create a superpower and hand it to the Islamic State.

Brussels is a no go area for citizens of the European Union today, but what future for the whole continent tomorrow?