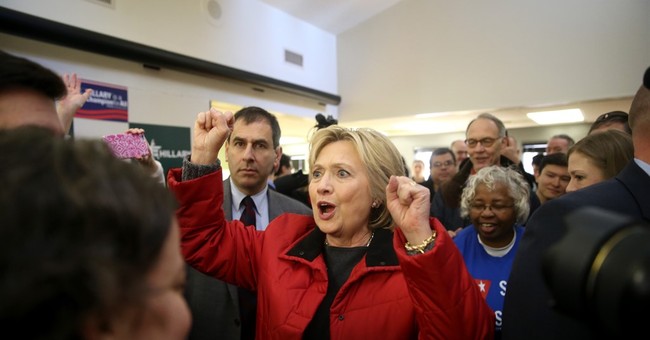 A powerful lobby group that backed Hillary Clinton has been attacked in Northern Ireland for the producing a “video nasty” that has damaged the peace process. The Irish National Caucus (INC) released the video last week as an education tool, but it instead attacked protestant communities and failed to correctly place the border between the Irish Republic and Northern Ireland.

The INC supported Hillary Clinton when she ran for Senate in New York, leading to criticisms from Catholic clergy because of her pro-abortion stance. Abortion is a major issue in the largely Catholic Irish Republic, it was only legalized recently and the circumstances under which a termination can be sort are limited.

Clinton is amongst leading Democrats who supported both INC and Noraid, the fundraising group for the terrorist group the Provisional Irish Republican Army (IRA). Throughout the 1970s and 1980s the IRA was responsible for a bombing campaign across the UK and Ireland that left hundreds dead. At one stage it had 10,000 members and meted out ‘punishment beating’ to members of its own community.

An editorial in the Belfast Telegraph described the Irish National Caucas’ offering as a “video nasty”. The paper went on to say: “First Minister Arlene Foster has described the video as misleading at best and downright sectarian at worst, and urged viewers to reject its analysis.

“It needs to be challenged in the most forthright terms given that the Caucus has its base right at the heart of the US administration and has the ear of many in Congress.”

The article continued: “Northern Ireland, in spite of the huge advances made, requires major international investment to create a vibrant economy and the US is a prime target for those seeking to bring new employment opportunities to these shores.

“Mrs Foster and Deputy First Minister Martin McGuinness must make it a priority on their visits to the US to counter this baleful propaganda and tell opinion-formers there the real facts of life here.”

The Belfast Telegraph  claimed the purpose of the video was not educational but instead designed to galvanise ‘Irish’ Americans, many of whom have very limited knowledge of the situation in Ireland. This was illustrated by the video accidentally placing the county of Donegal in Northern Ireland, despite it having been in the Republic since partition.

The paper said of the video ‘educational’ content: “Whatever its intent, it is certainly going about its mission in a strange way by peddling outdated stereotypical anti-unionist propaganda designed to appeal to Irish-Americans who have little or no appreciation of what life is like here in the 21st century.”

In recent years the British and Irish governments have made significant efforts to bring about peace and human rights in Northern Ireland. Both countries renounced their claims over the territory, and it now remains in the UK by the consent of the majority of the people.

Despite it remaining in the UK it has its own parliament which governs most of day-to-day life. Legislation can only be passed if both Catholic and Protestant members agree to it. Services like Policing are also controlled locally to avoid claims that either the British or the Irish are interfering.

US Republicans are widely seen as having a much better record on Northern Ireland, with the Bush administration having banned much of US terrorist fundraising within weeks of coming to office.

The video can be found here.