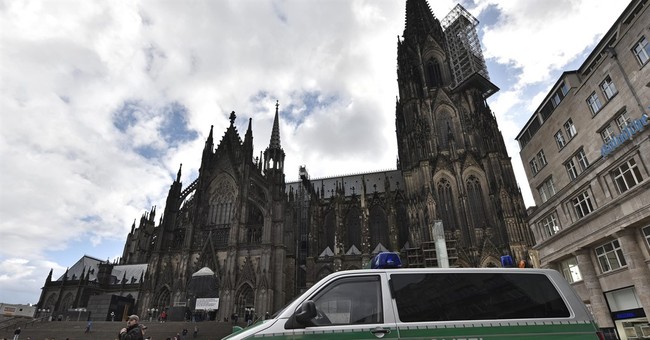 Liberal feminist politicians “are putting their own political future ahead of the safety of British women” by staying silent on the immigrant sex attacks, according a senior UK politician.

Louise Bours MEP from the United Kingdom Independence Party (UKIP) – which is effectively the British Tea Party – attacked a series of Labour Party representatives who are yet to condemn the attacks. They included Harriet Harman MP, the former Deputy Labour leader, who was part of a group that advocated the rights of paedophiles in the 1970s. She is widely known as 'Harperson' because of her radical views on women.

The UKIP MEP also blasted Diane Abbott MP, who used a 1988 black studies conference in Philadelphia to claim "the British invented racism”. Along with Emily Thornberry MP, real name Lady Nugee, who was widely attacked for ridiculing a working class family who flew the English flag during a by-election in Rochester.

Ms Bours said: “It is absolutely typical of Labour feminists like Harman, Abbott and Thornberry that they will bang on about female quotas on company boards, or in their own party leadership but when it comes to something that is relevant to normal women they remain silent.

“A week after the attacks Dianne Abbott still hadn’t commented on them, but did post about there being 17 women in Labour’s shadow cabinet, and two weeks later she was breaking the irrelevant news that she is delighted to be a guest editor for a style magazine.

“Hardly the burning issues for millions of British women concerned by mass immigration and the dangers this poses. All that Harriet Harman has said is that she wants Britain to take in more refugees.

“This is worse than just political correctness; this is because they cynically fear losing the votes of people who grew up in cultures where women have always been treated as second class citizens. They pretend to be concerned about women’s issues but in reality they will happily risk the safety of women in order to get re-elected and keep their jobs.”

Her intervention comes after yet more allegations of sex attacks by Muslim immigrants came to light in Sweden. Police in the country admitted they had knowingly allowed teenage girls to attend a festival in the summer despite there having been seventeen sex attacks and one rape at the event the year before.

Like with the New Year’s Eve attacks in Cologne, Germany the suspects were all believed to be asylum seekers who have taken advantage of the open door policy of European immigration officials.

Both Bours and her party leader Nigel Farage are campaigning for the UK to leave the EU before the one million immigrants are able to get to the UK. At the moment they are being held back by British immigration at the border, located in French port of Calais.

Once the immigrants are given European Union citizenship the rules dictate that they must be allowed into the UK. Even if they are known or suspected sex offenders.

Immigration Deal or No Deal?

The star of the British hit TV show ‘Deal or No Deal’ has been widely attacked for claiming Britain is now full. Noel Edmunds, who is one of Britain’s best known presenters, tweeted that he had to abandon travel plans because the networks were so packed he was unable to get to his destination.

The tweet read: “Just tried to get somewhere. Allowed loads of time but abandoned journey. Am I alone in feeling Britain is full?” Following a wave of criticism he clarified his position saying: “But just supposing, I know it’s a ridiculous thought, crazy even, totally insane obviously, but supposing UK’s full? It’s just an interesting thought isn’t it? Surely there’s a finite capacity for everything?”

UK net migration was 330,000 in the year up until March, prompting concerns that public services will start to grind to a halt if nothing is done.