England Votes To Adopt A National Anthem, For The First Time 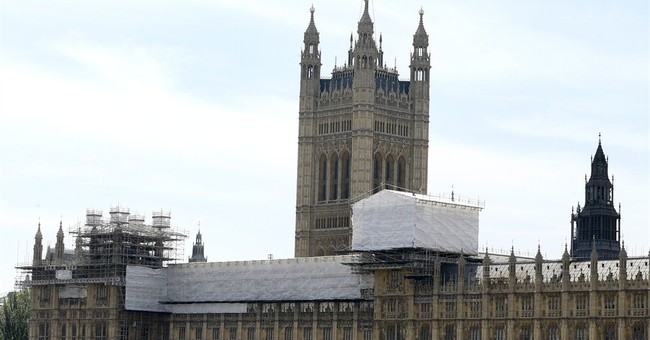 WESTMINSTER, United Kingdom – The British Parliament has voted to create an English national anthem, in preference to using the UK national anthem ‘God Save The Queen’. This is the first stage in approving a consultation into which song to play at major sporting occasions, like the Commonwealth Games, when England competes as a separate country.

Historically England has used ‘God Save The Queen’ - which itself is unofficial - in order to show solidarity with the other nations of the United Kingdom. But because the Scottish and Welsh sing their own anthems at sporting occasions, English singing of the UK anthem has led to allegations that England sees itself dominant in the union.

The issue of which anthem to play at English events is one of a number of confusing anomalies that exist in the British constitution. Last night the UK Parliament used for the first time the English Votes for English Laws rule. Under the new rules parts of legislation relating to England only have to be approved by MPs from the country.

The situation arose because England has consistently refused to have its own parliament on the grounds of cost. For some years now Scotland and Northern Ireland have had national parliaments taking powers from Westminster. This meant that MPs from the other home nations could vote in Westminster for laws that would only affect England.

In one case a majority of English MPs voted against forcing English students pay tuition fees but votes from the Scottish MPs gave the government at the time the majority it needed. The Scottish MPs voted in favour of the motion despite their own parliament ruling the measure out in Scotland.

To further confuse matters Wales has its own national assembly, with far fewer powers than either the Scottish or Northern Irish parliaments. Its MPs also have the power to vote on issues that do not affect either Scotland or Northern Ireland.

In a poll ahead of the Commonwealth Games 52 percent of the English wanted their anthem to be Jerusalem by William Blake. The song is about the somewhat unlikely suggestion that Jesus visited England during his life.

The next most popular option was Land of Hope and Glory by Edward Elgar with 32 percent of the vote. Its tune will be well known to Americans as it is played at most High School and College graduations.

Strangely 12 percent would support formally adopting ‘God Save The Queen’ as the English National Anthem, which would largely defeat the point of the law. This perhaps reflects the poll in the Daily Mirror showing that 71 percent of the English want a separate anthem, but a significant percentage are still opposed to any change.

England has an awkward relationship with the other home nations of the UK. English people are by far the biggest supporters of the United Kingdom and generally consider all of the home nations equal but in reality they number 84 percent of the UK population.

The creation of a legally recognised English national anthem is unlikely to happen soon as today’s bill will not be given enough parliamentary time for it to pass into law. However, the British constitution is littered with unwritten rules and conventions so it could be adopted unofficially.

How Many Countries Are There In Britain? Prepare to be confused!

United Kingdom of Great Britain and Northern Ireland – Is the name of the sovereign state recognised by the UN and the USA, it has a population of 64,000,000.

Great Britain – Is the largest island of the British Isles and it is divided into two Kingdoms, Scotland and England. It is also home to the Principality of Wales. Kingdoms are large countries with monarchs and principalities are small.

Ireland – Is the second largest island of the British Isles. It is home to one sovereign country recognised by the UN and USA, The Republic of Ireland. It is also home to the UK territory of Northern Ireland.

England – The largest country of the United Kingdom but the only one with no parliament. The vast majority of UK nationals are English (84 percent).

Scotland – The second largest country of the United Kingdom. It is almost entirely independent aside from a few areas such as defence and foreign affairs. In 1707 the Kingdom of Scotland and the Kingdom of England both voted to merge and create a United Kingdom, ever since 1603 the two countries had the same King anyway. It makes up 8.4 percent of the UK population.

Wales – The third largest country of the United Kingdom. It was an independent principality until 1283 when it was invaded by King Edward I of England. He took the title Prince of Wales from the previous ruler and gave it to his son. To this day the eldest son of the reigning monarch uses the title. It is 4.8 percent of the UK population.

Northern Ireland – Was part of a united Ireland within the United Kingdom until the Irish fought for independence. It is most of the territory of Ulster and is majority pro-British protestants, but there is a significant minority that are Catholic and want to join the Republic of Ireland. In its Parliament laws can only be passed if a majority of both Catholics and Protestants agree. It is 2.9 percent of the UK population.

Republic of Ireland - An independent country in the British Isles, they dislike being called British in the same way Canadians do not like being called Americans. Both British and American have become synonymous with the citizens of a particular country rather than the geographic location. It has a population of 4,600,000.

Crown Dependencies – Believe it or not the British Isles are home to three other tiny countries called the Isle of Man, Jersey and Guernsey. They are all islands and all have the British Monarch as their ruler BUT they are not part of the United Kingdom. They have their own governments but do enjoy military protection from the UK and all of their citizens are given UK citizenship… UK citizens are not reciprocated with citizenship of the crown dependencies.

The Isle of Man featured on a US TV series recently called Suddenly Royal. It follows a pretender to the throne of Isle of Man called Drew Howes of Maryland USA. His claim to the throne is based on being a direct descendant of the last saxon kings. The claim is not taken seriously as he is just one of many thousands of descendants of this royal household and in any case his family sold the monarchy to the British crown hundreds of years ago.