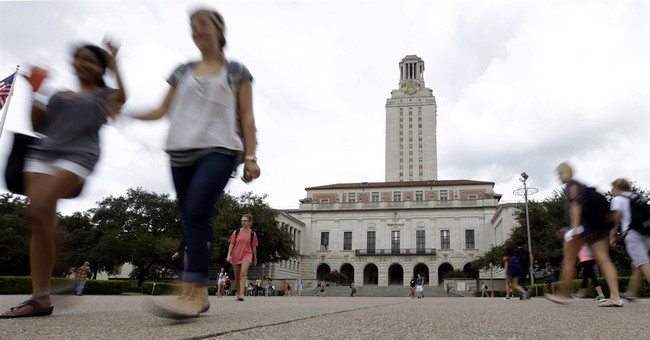 A 2018 study by the Annette Strauss Institute for Civic Life found that the state of Texas ranks among the lowest in the nation for civic participation when it comes to voter turnout. The study, conducted at the University of Texas at Austin, found that low voter registration was also a contributing factor to the problem.

“Based on figures from the 2016 general election, the state ranked 44th in voter registration and 47th in voter turnout among the 50 states and the District of Columbia. This ranking is a slight improvement from the 2013 Texas Civic Health Index, where Texas was ranked last (51st) in voter turnout during a midterm election year,” the article stated.

The study found that the causes for the low civic participation include low political participation, dislike for the candidates and the issues presented, a lack of political discussion among friends and family, and the fact that donating and volunteering is not a priority for many Texans.

Susan Nold, director of the Strauss Institute, said civic health is one way Texans can track and measure their connectedness and the degree to which they take care of each other.

“Civic health is sort of a way of tracking or measuring, kind of quantifying our connections to each other and the degree to which we as Texans take actions for each other,” she stated.

Texans who chose not to vote in the 2016 election gave various reasons for not participating, 28 percent of which stating that they did not like the candidate or the issues being discussed during the campaign. Twenty percent of non-voters cited being too busy or a conflict with work or school schedule as their reason to opt out of voting.

In addition, the study states discussing politics with family and friends is a sign of good civic health.

“Texas, however, ranks 50th in the nation, with only 23% of Texans saying that they frequently discuss politics. This is less than half of the percentage of respondents from the national leader – the District of Columbia – who talk about politics with their family and friends at a rate of 48%.”

Nold voiced concern that Texans need to welcome new citizens into the process of voting and be active in familiarizing them with their civic duty.

“There’s a lot more we need to be doing. We’re a growing state and so as we bring new Texans in, as people move here from other countries or other states, we need to make sure our institutions and organizations and our citizens are bringing them into the fold, getting them connected to their voter registration,” she said.

“While efforts to improve the symptoms of our ailing civic health can alleviate our engagement problems, the findings of this report suggest we will not see lasting and sustainable change until we address the root cause,” the study explained.

“Finding solutions to these challenges will not be easy – they require our leaders to be forward-thinking and our citizens to be active and engaged.”