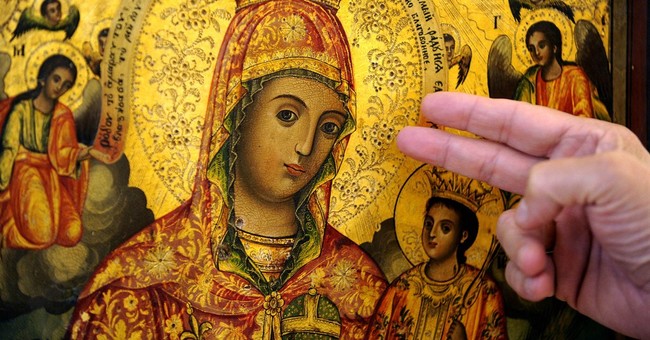 Pastors and faith leaders from across the country will have the opportunity to meet with several members of the House Republican Conference tonight at the U.S. Capitol. While the Republican Party is no stranger to hosting faith-based events, the “Faith Leaders GOP Meetup” will mark the first formal opportunity in 2014 for religious advocates to take part in a round-table discussion with legislators. Participants will not only receive a first-hand account of the legislative agenda concerning religious freedom, but are also able to share their own ideas and concerns.

The timing could not be more opportune, as faith-based companies and organizations are feeling increasingly under attack not only from a secular society, but an antagonistic administration.

“Now is a very dangerous time for religious liberty in America, and we can’t afford to be complacent on this issue,” Robert Gittleson, Vice President of Governmental Affairs for the National Hispanic Christian Leadership Conference (NHCLC), told Townhall. “When our religious freedoms are under attack, and they seriously are, then we have to stand strong and we have to be united...and make the biblical case for why freedom of religion is a founding American tenant, and why it’s just such an urgent issue in the current environment we have today.”

The NHCLC is the largest Hispanic Christian organization in America, with over 40,000 member churches. While there are a variety of legislative issues the organization is working to promote - including progress on immigration reform, protecting traditional marriage and the sanctity of life, and curbing the harmful effects of gambling - Gittleson says that defending religious liberty and bringing the topic to the forefront of national conversation remains top priority.

For religious leaders, building and maintaining a working alliance with the Republican Party is a first step in preserving the role of traditional values in this country. And for now, it seems GOP legislators are more than willing to recommit themselves to finding new ways to serve this particular community.

Conference Chair Cathy McMorris Rodgers stated, “We are thrilled to welcome faith leaders from across the country to our ‘Faith Leaders GOP Meetup’ at the United States Capitol. As leaders of our families and communities, we have a shared responsibility to work together toward an America that is rich in religious freedom – and today we [have] the opportunity to discuss that and many of the other issues important to our communities. As one nation under God, we believe in protecting and preserving our inalienable right to religious freedom and strengthening the foundations of family. That’s why House Republicans are honored for this unique opportunity to engage in a productive dialogue with faith leaders about the issues most important to Americans across the nation.”

That sentiment was reflected by Congressman Bill Flores (TX-17), one of the many members who plans to attend tonight’s meeting:

“In America, many of us take religious liberty for granted. It is no accident that the most robust economies in the world tend to belong to the most religiously free societies. By facilitating a meeting between members of Congress and faith leaders we can shine a light on the current state of religious freedom in America and around the world. At this event, we are honored to host Judge Ken Starr, the President and Chancellor of Baylor University, and a renowned leader regarding religious freedom."

Some of the nation’s most powerful religious advocates will be in attendance, including representatives from Focus on the Family, Moms in Prayer International, National Religious Broadcasters, the American Center for Law and Justice, and the Family Research Council. In addition, two representatives from Hobby Lobby, the family-owned company currently in legal battle with the administration over the contraception mandate of Obamacare, will be present to discuss the difficulties many Christian and religious companies face under current regulations.

Tonight’s meeting is part of a larger initiative run by the House Republican Conference to increase engagement with as many Americans as possible moving forward. At a time when the party is trying to rebrand itself as a more inclusive organization, the “GOP Meetups” provide representatives, industry leaders, and constituents an additional platform in which to facilitate a multi-faceted conversation on the nation’s leading priorities.

Below is a complete list of members who will attend the “Faith Leaders GOP Meetup”: