Young Mayor Set to Accomplish Much in Second Term 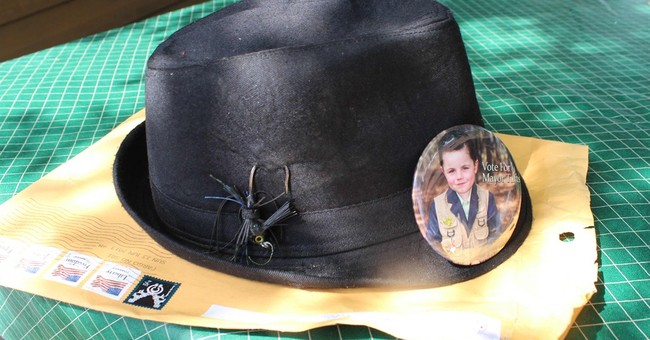 Mayor Robert Tufts, known to his family and friends as “Bobby,” was officially re-elected on Sunday to his second term in the small town of Dorset, Minnesota – all before his fifth birthday.

Although the town holds no formal city government, Bobby began his very active tenure as mayor at just three years old, when he was chosen at the town’s annual “Taste of Dorset” festival. Each year, a lottery chooses the winner from ballots submitted by residents for $1 per piece.

Full of spunk and energy, Bobby is Dorset's perfect greeter - a primary responsibility of the mayor. Also, in a sweeping overhaul of policy, Mayor Tufts reconstructed the local food pyramid so that ice cream became the top category.

According to Politico, Bobby’s mother, Emma, announced that her son’s upcoming agenda includes raising funds for a new town welcome sign and for a charity he holds dear, the Ronald McDonald House of Red River Valley in Fargo, North Dakota.

For Bobby, being mayor is just another hobby to add to his already very busy life. The soon-to-be preschool student will juggle his mayoral duties with playtime, fishing with his father, and, of course, spending time with his “only girlfriend,” Sophia.

It’s a shame that Mayor Tufts’ political savvy isn’t rubbing off on more of our experienced leaders; so young, yet so accomplished. Bobby’s definitely got his head in the right place; and for the town of Dorset, that’s an absolute win.