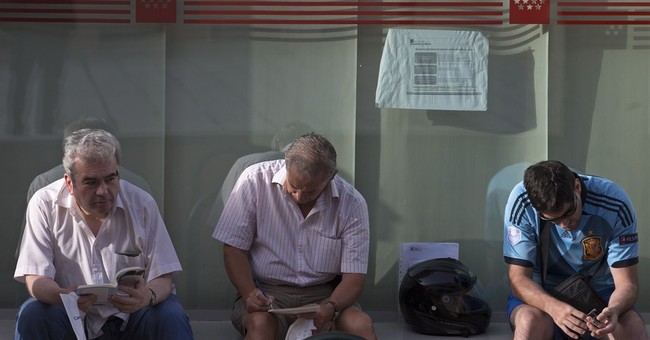 President Obama spent the last two weeks touring colleges, cities, and towns across the country in an effort to promote his “

“If [Republicans have] got a better plan to bring back more manufacturing jobs here to Tennessee and around the country, then let them know -- let me know. I want to hear them. If they've got a better plan to create jobs rebuilding our infrastructure or to help workers earn the high-tech skills that they need, then they should offer up these ideas.”

Interestingly enough, House Republicans have done more than simply offer their ideas on how to help the middle class. Of the over 50 pieces of pro-growth, job-creating legislation passed by the House in the 112th Congress, only eleven were signed into law.

And while Democrats spent the few remaining days before August recess making noise about the importance of building a stronger economy and putting American families back to work, House Republicans took action and passed legislation which takes actual steps toward achieving this goal.

“Just this week, the House passed legislation to limit out of control government regulations which are holding back domestic energy production and job creation and harming working middle class families. Earlier this month, the House voted to delay Obamacare’s employer mandate which is turning a full-time workforce into a part-time workforce. We’ve passed legislation this year to reform job training programs and build the Keystone Pipeline. While the President is giving speeches, Republicans are taking action. It’s time for Democrats to join this effort and support these common sense job creating measures.”

Instead of looking for ways to compromise on proposals that have been put forth by Republicans for the last three years, the Democratic caucuses made headlines rallying behind a President promoting empty words and old news.

July’s unemployment numbers did nothing to prevent Senate Democrats from heading out on their 37-day hiatus of fundraising and district touring before sharing their ideas and agendas for getting this country back on track. The 11.5 million unemployed and 8.2 million underemployed Americans will just have to wait until they return to do their job.

The President’s thinly-veiled ultimatum known as the “grand bargain” and the Democrats’ “seriousness” to right the ship shows nothing more than a willingness to maintain Washington's gridlock at the expense of American families and individual prosperity.