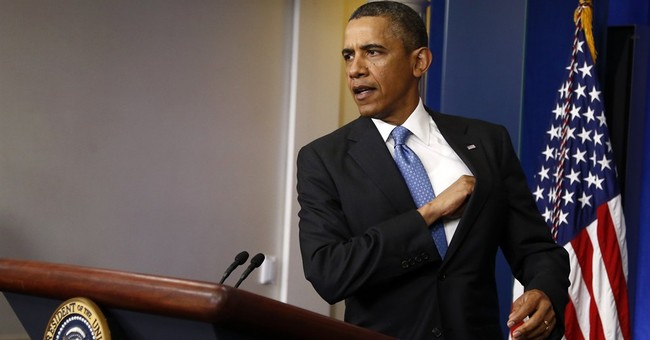 Amidst controversy of secretly monitoring reporters’ phone records and emails, the Obama Administration is attempting to replace the only Republican member or the bipartisan Broadcasting Board of Governors (BBG), which would create a severe imbalance in favor of Democrats.

The BBG—an independent federal agency that has the executive power to oversee the running of Voice of America and the Office of Cuba Broadcasting, Radio Free Asia, Radio Free Europe/Radio Liberty, and Middle East Broadcasting Networks—is supposed to be bipartisan with nine members, four Democrats and four Republicans, the last seat being held by the Secretary of State or his designee.

Currently, the Board has only four members, Governor Victor Ashe is the only Republican. The Obama administration is trying to replace Ashe with Republican and former ambassador Ryan Crocker.

“Crocker is an excellent choice, but should join Ashe, not replace him,” Helle Dale of the Heritage foundation wrote last Wednesday. “This gambit would leave the board with a four–two imbalance in favor of the Democrats, and what should be a bipartisan foreign policy endeavor, a centerpiece of U.S. public diplomacy, could be accused of becoming a political tool.”

“The BBG has been a mess for a long time but in the context of all these other scandals—it seems to me this is one very clear that one could way to look at it--they really are trying to squeeze Republicans who want to hold them accountable,” Dale told Townhall.

“It’s not necessary for him to be replaced. There are several vacancies. They want to replace him because he is a real pain in the neck for them demanding transparency and accountability and demanding people observe the regulations of their own agency,” she said.

BBG meetings are now shown on the BBG website because of Ashe’s advocacy for transparency, angering his fellow board members. Ashe has also held the BBG accountable for waste and mismanagement at the agency, prompting International Broadcasting Bureau (IBB) executives to lobby the White House to get him removed from the BBG board.

“Replacing Victor Ashe on the BBG board at this time is incomprehensible and looks to many as an attempt by bureaucrats and big financial political contributors to get rid of a Governor who annoyed them with his demands for accountability, transparency, and good performance for American taxpayers,” the Tim Shamble President of the CUSIB wrote.

Republican Matt Armstrong, director of the Advisory Commission on Public Diplomacy has also been nominated to the board, along with another Democrat—Jeff Shell, chairman of NBC Universal.

The Chairman of the Board, Democrat Michael Lynton, CEO of Sony Entertainment, had not attended a board meeting since December 14 and resigned Sunday.

The BBG’s current state according the is dysfunctional, according to the Inspector General’s (IG) report published in February and needs urgent Congressional attention.

According to Freedom House’s Freedom of the Press 2013 report, Press freedom has fallen to its lowest level in over a decade, making the mission of BBG and its broadcasters—to inform, engage and connect people around the world in support of freedom and democracy—even more critical.