This Businessman Is A Fiscally Conservative Patriot 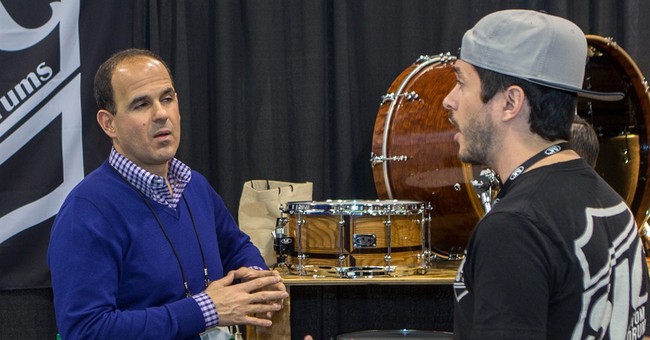 Source: Photo by Paul A. Hebert/Invision/AP

Marcus Lemonis is a successful American businessman and the host of “The Profit,” a television show on CNBC where he invests his own money into failing businesses and helps transform them into profitable enterprises.

Lemonis is currently engaged in a showdown with Statesville, North Carolina about an oversized American flag flying at one of his Gander RV locations. The flag’s enormous size violates an ordinance but Lemonis told Fox News Channel’s Martha MacAllum that he’d “rather go to jail” than take the flag down.

"Many cities like Statesville have requested that Camping World and Gander Outdoors take down their American Flags. WE WON'T DO IT! Stand with us," the company said in a Facebook post. "This is about more than just the flag. This is about our Veterans, Military, and the men and women that have sacrificed for this great country. They are the reason we fly the flag and they are the reason we will NOT take it down!"

Camping World launched a petition asking the city to change their flag requirements. As of now, over 316,000 people have signed the petition, although the goal is 500,000.

During the interview he called himself a capitalist and expressed support for leaving business unfettered by government regulation. He also questioned policy positions like eliminating all student debt.

Lemonis described himself a fiscal conservative and said that while he believes in helping others, he can accomplish that by spending his own money.

“At the end of the day I am a fiscally, very conservative person. I think about money and I respect it and I think about how hard it is to make it. Do I want to do good for other people? Sure, but as a private business owner I can do that in the privacy of my own home with my own checkbook,” he explained.